Skip to content
Home » Entertainment » Trey Poulson is leaving Gold Rush! What will he do next?

Trey Poulson is leaving Gold Rush! What will he do next? 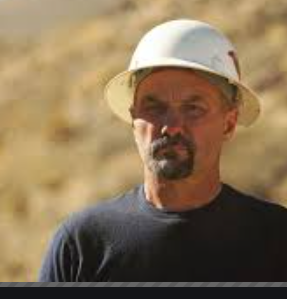 He has been mining gold for over two decades and is known as one of the members of the Hoffman crew.

Since 1998, he has been working with Aggregate Industries, a Bardon Hill, UK-based construction materials manufacturing and supplying company.

He started working as a plant manager in the company in 2007 and served the position till 2015.

Throughout the years, he has served various positions like assistant manager, day and night shift foreman, supervisor and others.

He has handled various responsibilities including hiring, environmental tasks, safety training for new employees, mine planning and more.

Since April 2016, he has been serving as a manager of 316 Mining, which is owned by Todd Hoffman.

At the end of season 7 of ‘Gold Rush,’ he and veteran miner, Dave Turin had a conflict that escalated to a bare-knuckle fistfight.

As a result, Dave Turin announced his exit from the show, and Trey continued with the crew and the show through season 8.

However, Todd Hoffman has already announced that his crew is leaving the show after season 8.

Recently, he posted a picture of a dog in front of a Holy Roller on Facebook. He is seen interacting with his followers.

He replied to one of his fans’ comment saying that he will continue mining in Colorado.

However, he will not be appearing on TV at least for the upcoming season. He has assured fans to keep them updated about his ventures.

After Todd’s big announcement, he slammed the critics and applauded his efforts on becoming a great miner, through a lengthy Facebook post.

Todd is set to come up with a new show for all veteran gold miners throughout the nation. Perhaps, Trey will also be a part of the show.

Trey is a family guy. He is married to Jennifer Poulson and is a father of two, a son and a daughter.