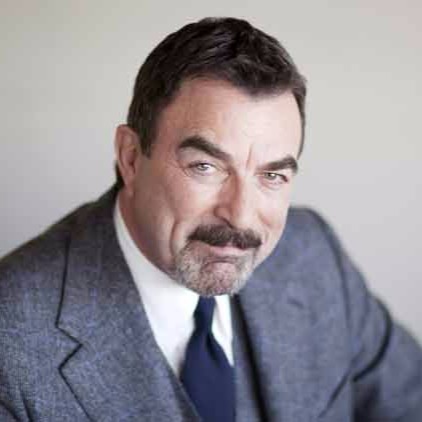 Tom Selleck and wife Jillie Mack have managed to stay together amid the rumors of a possible divorce. He has a daughter, Hannah Margaret Selleck, with his wife.

Tom Selleck and Jillie Mack had been captivated into gossip for the reason that the couple was going to divorce soon, ending almost three decades of marriage. However, the rumours do not seem to be true according to the recent updates.

Tom Selleck has been substantially fed up with what the media has been doing: making a mountain out of the mole holes. Perhaps, he is even concerned – how can the media accuse a milestone-setting marriage of such a horrendous act of divorce?

“We’re not getting a divorce! I know there’s that silly tabloid story… running around. I don’t want to shock anybody, but they make this stuff up. I love my wife dearly. I think she loves me; she wrote me a great note on Valentine’s Day.” That’s what Tom said on US Talk Show in response to all the rumours that were spreading about him.

The couple started dating back in 1983. Beautiful Jillie Mack and smart Tom Selleck fell in love and stayed together for four more years before getting married in 1987. Their marriage and love since then have been a source of motivation for the upcoming generation.

Prior to Jillie Mack, Tom was with Jacqueline Ray from 1971 to 1982. It was quite a long marriage as well.

Tom joked about the rumours held in the media – Did you hear (we’re getting a divorce)? Is there something I don’t know?He also said that Jillia Mack doesn’t talk to media much because she too knows that it fabricates the stuff.

The Magnum P.I., Blue Bloods, and Monte Walsh actor Tom Selleck has made a whopping $25 million in his 71 years of lifetime. Most of his net worth comes from the movies’ collections at the box office.

Born in1988, Hannah is 27 now and is pursuing her career as a horse rider. She has more than 10k followers on Instagram.

Reportedly, Hannah started horse-riding at the age of 4. According to an interview, being very competent in ballet and horse riding, she had to choose one of these two to excel and focus on only one career path. Perhaps it was the right decision for her to have chosen equestrian. However, she still practices ballet as a hobby.

When asked about what she loved about the horses, she said,”The connection. I loved being around the animals, and as a kid, taking care of different ponies and hanging out at the barn all day. The whole riding culture. You’re spending so much time one on one caring for the horses, so I fell in love with that. As I progressed in the sport, I fell in love with the competition itself.”

Besides riding, Hannah has recently been raising horses as well. In contrast, she did her college degree in Communications. Nevertheless, she has been doing well in her horse-riding career as well as horse-raising business.

The Selleck family remains very much intact despite the ongoing rumors about Tom Selleck and his wife Jillie Mack’s divorce.