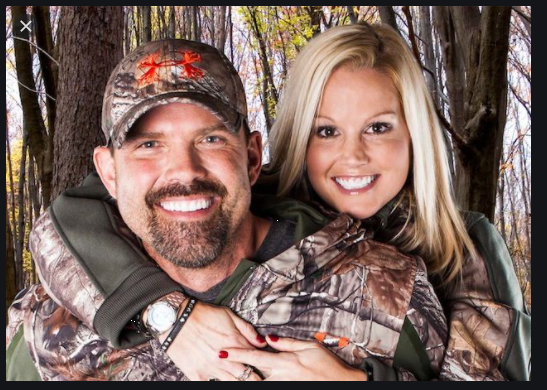 Tiffany and Lee Lakosky, the popular faces from the Outdoor TV world, had different career preferences before starting into the wild.

Tiffany was an airline attendant, before she broke into Lee’s archery shop with a desire to pursuit her hunting interests.

Lee was pursuing a career as a chemical engineer; with his knowledge and Tiffany’s natural bowing skills, they set off to track their whitetail dream.

After marrying, Lee & Tiffany shifted to Iowa, where they worked hard to set a farms and strict whitetail management trail.

Their traits couldn’t go unnoticed; as a result they got to host a reality hunting show, Gettin’ Close.

The show was well appreciated with ranking top on Outdoor Channel’s rating.

With a view of finding new avenues, they hoped into a new show with similar concept named Crush with Lee & Tiffany in 2008.

The modified concept views on entertaining all age groups, after a decade of running the show has been successful on earning its’ visions.

Besides the show, their writings are published in different hunting related magazines and catalogues.

They own a merch relating to the show the Crush with Lee & Tiffany. They’ve amassed a net worth of over $600 thousand.

Lee & Tiffany have been blessed with two children; a son and a daughter from their fifteen years of marriage.

They named their son Cameron Lee and daughter Raygen Joan. But the birth of their child as stated by Tiffany has not hindered her hunting.

She carries her little ones to different hunts, and if not possible her mother takes care of them.

During her first pregnancy, for the convenience of her son, she went hunting on child friendly places.

And for now that her daughter has turned seven months old, Tiffany pouches the little one and rolls into the wild to perform some crushing.