Skip to content
Home » Entertainment » RHONJ star’s secret and her perfect measurements of Teresa Giudice. Know her net worth

RHONJ star’s secret and her perfect measurements of Teresa Giudice. Know her net worth 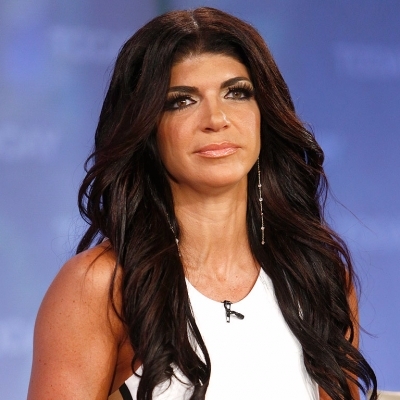 Teresa Giudice gave birth to her four daughters within ten years. Over the years, The Real Housewives of New Jersey star has aged beautifully and lost her baby weight with ease. It has many fans wondering what fitness routine she follows. Read on to find out her beauty secrets.

Teresa Giudice had plastic surgery to maintain her shape

Teresa’s body measurements are 34-27-34 inches. That’s something to be proud of, as the reality star had one pregnancy after another in the last decade. She still gets attention from the media for her sexy physique and perfect hair. Rumor has it that she had a hairline surgery to make her forehead look smaller, but Teresa denies the fact.

There are also rumors about Teresa getting plastic surgery on her nose and breasts. She confirmed that she had gotten breast implants after her third pregnancy because Teresa felt her breasts were “deflated” and didn’t like how she looked in bathing suits.

While she was serving her time in prison, working out became an excellent way to pass the time.

“I tried to stay busy. I would work out three times a day. That was my thing,” Giudice explained in an exclusive interview with People in February 2016.

She told the magazine that she started her day with yoga sessions and gym. “In the wintertime I would go to the gym and in the spring and summer I was constantly on the track walking or running.”

She admitted that she didn’t like Yoga at first, but she grew fond of it over time. “Yoga changed my life! It got me through this ordeal, and I can’t live without it now,” said Giudice.

Teresa favors weight training and lower-body exercises, such as squats, to keep her body trim, and she eats everything in moderation, including her favorite cannoli and pignoli cookies. Teresa also skips high-sweat cardio in favor of muscle-defining dumbbells.

How much is Teresa Giudice worth?

Aside from being a part of The Real Housewives of New Jersey, Teresa is the author of three cookbooks. She has also published a memoir called Turning the Tables. Teresa has been a part of Donald Trump’s The Celebrity Apprentice. After she finished her degree in Fashion Marketing, she became a contributor to Vogue.

She has her fashion line called TG Fabulicious. She has appeared on Live With Regis and Kelly, The Today Show, Rachael Ray, Who Wants to Be a Millionaire, and more.

Giudice and her husband filed for bankruptcy in 2011 when they claimed to be more than $11 million in debt. It forced them to put their mansion on sale. Teresa then went to federal prison on January 5, 2015, for mail, wire and bankruptcy fraud and served 11 months. Teresa’s net worth is believed to be $11 million, but her current net worth is unknown because of her bankruptcy and debts.