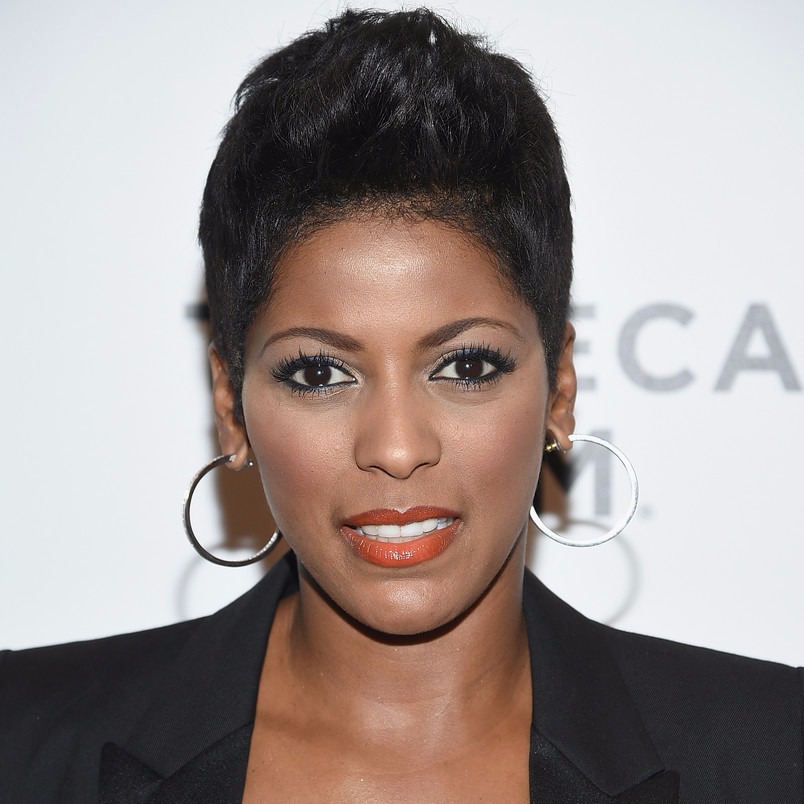 Tamron Hall is an American television host previously best known as the host of Today Show. Megyn Kelly in February 2017 replaced her. She is one of the most popular hosts on MSNBC.

She was born on 16th September 1970 in Luling, Texas. She has been taking live television by storm since joining the 11 am slot on MSNBC Live in 2015.

One of the most prominent female journalists on television, Tamron also anchors the weekday show, NewsNation, on MSNBC.

In addition to this, Tamron co-hosts Today’s Take, The Today Show’s third hour, alongside fellow hosts Natalie Morales, Willie Geist, and Al Roker. She is the first female African-American to do so.

She also appears as the host of Deadline: Crime, a crime investigation series on Investigation Discovery.

Three of Tamron’s news segments were Emmy nominated. Furthermore, she won one of them for her 2010 segment, The Inauguration of Barack Obama, on NBC News.

Hall has also been honored with the Lew Klein Alumni in the Media award by her alma mater, Temple University. She graduated with a Bachelor of Arts in Broadcast Journalism.

In 2007, Tamron started working for the national news network MSNBC. She was hired as a general reporter and anchor at the network. Interestingly, she made a breakthrough after filling in as a substitute anchor on a daily political web series called The Closer with Keith Olbermann. After that, she was appointed as the co-host of a 2-hour show called The Big Picture alongside David Shuster.

Tamron is filling in as a host of the weekday news show NewsNation with Tamron Hall. Since the show’s launch in 2010, she has interviewed many high-profile personalities and covered global and entertainment news. She co-anchored Today’s Take on The Today Show until February 24, 2014.

Tamron’s dedication to her work must have been beneficial to her net worth. She is reportedly earning an estimated salary of $720,000 and has a net worth of $5 million.

Hall’s measurements of 38-27-37 inches put her figure in the hourglass category. She has revealed that she is very fond of exercising, especially with a seven-minute workout app. But, the MSNBC host doesn’t fancy gyms. She hates them!

In November 2014, she stated on Today, “True confession! I hate the gym, I hate working out, I hate treadmill, I hate anything that looks or smells or resembles a gym.”

Instead, Tamron keeps fit by doing yoga, which she has learned by watching fitness DVDs and VHS. On the show, she also revealed that she still owns the original Cindy Crawford Shape Your Body Workout VHS from 1992, even though she no longer owns a VHS player.

Where is Tamron Hall now? Has she turned down a new job with the Weinstein Company?

In an old interview with Women’s Health, she said, “I always travel with my workout DVDs…I have a fit ball and a resistance band that I use along with the videos.” She also said that she regularly did Pilates and did it twice a week for the last six years. For Tamron, it’s not just about looking good on the outside but being healthy overall.

Is Tamron Hall dating Lawrence O’Donnell? Know about her Marriage!

She posts on her social media on the regular. However, fans are still in the dark about her relationship status. She hasn’t been open about her dating life, but rumors have that she is dating her fellow host on MSNBC, Lawrence O’Donnell.

However, in 2019, Tamron married her long-time boyfriend. Furthermore, Hall exchanged her vows with Steve Greener in Harlam. Moreover, her husband keeps himself away from the spotlight.

As of 2022, Hall and Greener are parents to a single child. Besides, Tamron and Steve gave birth to a son named Moses Mitchell Hall Greener. Moreover, Moses was born in the mid-2019s. And currently, Tamron’s son is three years old.