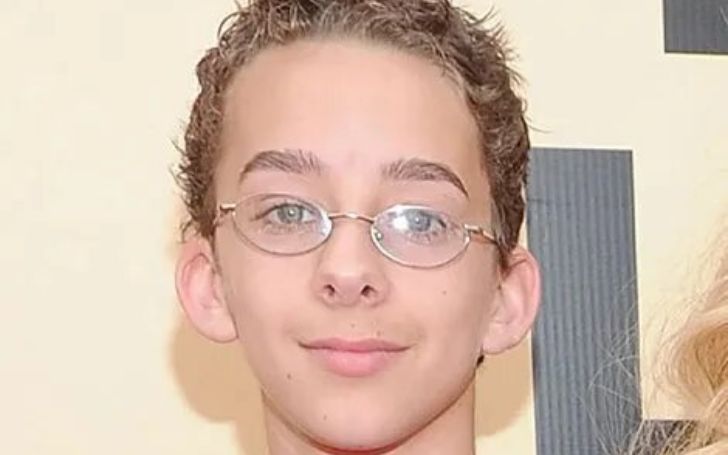 Sullivan Sweeten is an American TV child actor. Furthermore, he played Geoffrey Barone in the CBS sitcom ‘Everybody Loves Raymond.’

The child actor was very young when he played the role. The show went on-air from 1996 to 2005. In addition, Sullivan Sweeten was not the only child in the show. Who were they? Let’s dig in to know all in below article.

In Brownwood, Texas, United States, Sullivan Sweeten was born. But, he was born alongside his twin brother Sawyer Sweeten on May 12, 1995. Not only that, his full name is Sullivan Skye Sweeten. Timothy Lynn Sweeten and  Elizabeth Anne Gini Millsap are the parents of Sweeten.

Sullivan shared his childhood with two other siblings. Madylin Sweeten is the eldest sister, and Maysa Sweeten is the youngest. Sweeten is an American who has white ancestry. When the brothers were just six months, the family moved to LA, California. Soon after, they auditioned for the show and were selected.

Not much is known about the TV actor’s educational background. The actor has 5 feet and 5 inches and weighs about 132 lbs. On top of that, he has deep blue eyes and blonde hair.

2015 was the bad and saddest year for the Sweeten family. The family lost their son, Sawyer Sweeten, in April. It was a suicide by the boy. He committed a crime by self gunshot in the head. The whole Sweeten family broke down at the untimely demise of one of their sons.

This tragic incident happened before the twin brother’s 20th birthday. Later, everyone was worried about the Sullivan as the brothers were very close and had stuck to each other since birth. According to the report, Sawyer went to his aunt’s home in Texas and shot himself while fighting depression.

Then, after a week, all family members and friends gathered to say goodbye to Sawyer in Riverside, California. Sullivan dyed his hair blue to remember his brother, as Sawyer’s favorite color was blue.

What is the net worth of a TV actor?

Being a child actor, Sullivan is not much active in his teenage. Likewise, he has acted on a few television shows like Everbody Loves Raymond, Frank McKlusky, C.I., and Casting. Further, what are his future projects, and where is he now? The question remains unanswered as Sullivan remains elusive to the media.

Besides, his role play as Michael Barone bought him a huge fan following. The show ran for nonstop nine seasons. He appeared in 130 episodes of the show alongside his sister and late brother. Thus, his primary source of income is acting.

He has earned himself a fortune of $1.5 million. Likewise, his sister Madilyn is also an actress. After the series, she acted in various short films. What’s more, she is married to her boyfriend, Sean Durrie. Through acting, she has made earning of $5 million.

Hidden From The World: Sullivan Sweeten

Over the years, Sullivan Sweeten remained hidden from the world. Likewise, Sullivan’s final appearance was in 2017. Moreover, he appeared as Jack in the short Casting.

Furthermore, Sweeten’s last major appearance was in Everybody Loves Raymond in 2005. But after that, Sullivan remained mostly away from the spotlight. Similarly, much of his life after Raymond stays shrouded in mystery.

Unlike most child actors, Sweeten kept a low-key life after his big break. Likewise, today, the actor, Sullivan, refrains from using social media.