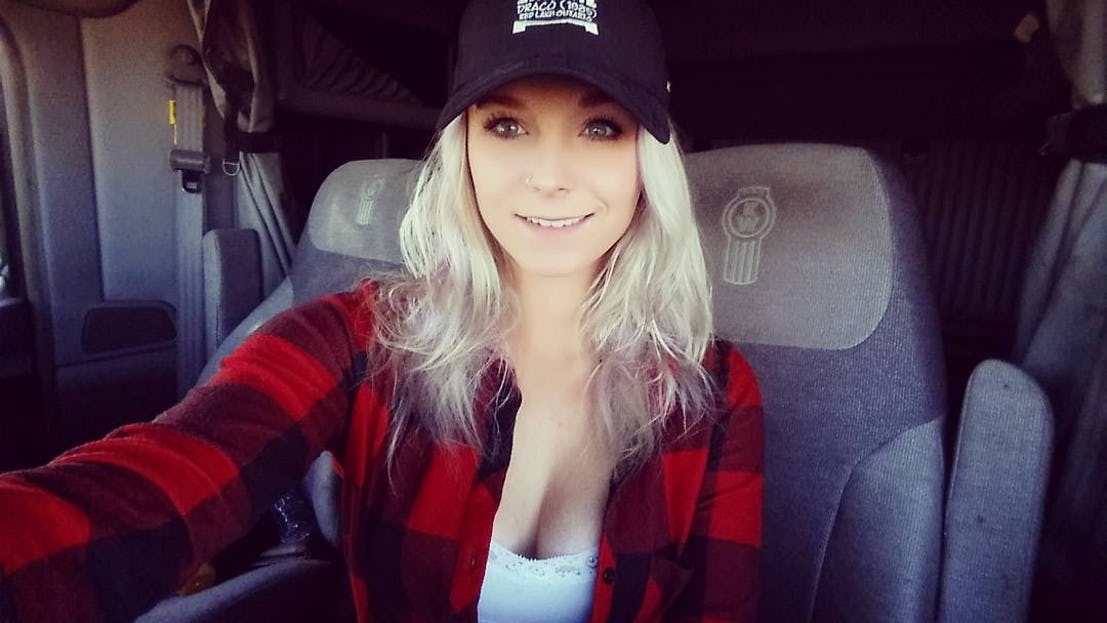 Stephanie Custance is a professional trucker, well known for her appearance in History channels reality series Ice Road Truckers. She started appearing in the show in season 10, in 2016.

Stephanie’s passion for trucking emerged at an early age. She got into the truck for the first time with her mother’s boyfriend when she was three or four years old. Later, she learned to drive and started trucking. And it was her boss who helped her deal with men in the competitive industry.

Within less than a year of her experience in trucking at the age of 22, she was offered one of the toughest jobs by The Polar Boss, Mark Kohaykewych. As Mark urgently needed new drivers to deliver hauls, he took a chance on a newcomer. Later, she was featured in the reality series Ice Road Truckers.

She joined the show in its 10th season in 2016 as a part of Polar Enterprises. She is the youngest female driver to join Ice Road Truckers after Lisa Kelly and Maya Sieber. It was a surprise for everyone when she proved her best in the game of cashing in on the lucrative winter roads.

She did her first-ever lake crossing in the show with veteran driver Todd Dewey by her side. However, she didn’t know how to put chains on the tires. Todd gave her a quick short lesson, and she did it all by herself in no time. The frozen lake they were about to cross was where another truck was broken through the ice earlier that day. But she did not back down. With encouragement from Todd and her guts, she safely made it to the other side and broke down in tears.

Hugh Rowland: Details on him

Despite being the youngest cast member on the show, showing her potential, she has proved that she isn’t less than anybody and has become one of the prominent members of the show. She continued to work for Polar Enterprises in season 11.

Stephanie Custance A mother of a son

Stephanie Custance is an admirable trucker, reality star, and a loving mother of a boy. Custance is often seen posting pictures of her son on social media. The reality TV star is a single mother to her child and has not uttered about who the father of her son is.

Stephanie is currently dating a fellow trucker, Tyler Anderson. The couple met on the winter road. They often share photos on Instagram.

Stephanie Custance is relatively active on social sites, where she is seen sharing pictures of her and updates about the show. Besides, she took it to Facebook to tell her fans about her new Instagram account. What’s more, Custance has a massive fan following on social sites. As of April 2018, she has 61.5K followers on her Facebook and 3.9K followers on Instagram.

Stephanie Custance is a professional trucker, best known for her appearance in ‘Ice Road Truckers.’

Custance joined the show during season 10 in 2016 as a part of Polar Enterprises.

Stephanie is the third and the youngest female driver to join ‘Ice Road Truckers’ after Lisa Kelly and Maya Sieber.

With less than a year of commercial trucking experience, Steph became a part of one of the toughest jobs at 22.

The Polar boss, Mark Kohaykewych, took a chance on the rookie when he was in dire need of new drivers to deliver hauls.

To everyone’s surprise, Steph proved her best in the game of cashing in on the lucrative winter roads.

When asked about how she got into this line of work, she said her interest in the trucking industry evolved at an early age.

Stephanie’s mom’s boyfriend was a trucker, and she got in a truck for the first time when she was three or four years old.

With the days passing by, she learned how to drive. And it was her boss who taught her how to deal with men in the competitive industry.

Stephanie continued to work for Polar Enterprises in season 11.

Steph is a mother of a son. She often shares pictures of her son on social media but hasn’t yet talked about her baby daddy.

Custance is dating a fellow trucker, Tyler Anderson, whom she met on the winter road.

The two share each other’s photos on Instagram. At present, she is trucking on the icy roads of Canada.