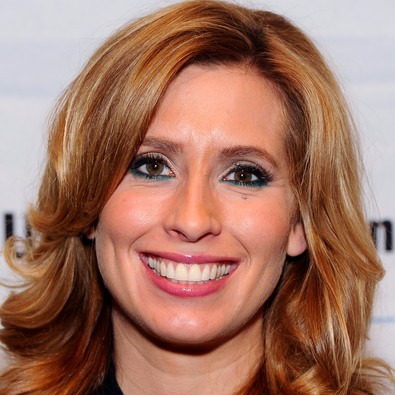 Stephanie Abrams flaunts her engagement ring in one of her Instagram posts. Is she engaged for real? Is she getting married anytime soon? Scroll down for details on Stephanie’s love life.

If you belong to the TV fraternity, whatever you do becomes a matter of public interest. In this story, we uncover The Weather Channel’s meteorologist Stephanie Abrams love life.

After Stephanie’s divorce with Mike Bettes, she had not been so open about her relationship. This left us assuming that she is not involved with anyone.

Well, on February 20, 2017, Stephanie bursted our bubble with her engagement ring. She went official about her engagement via Instagram. She seems to be totally in heads over heels phase with her husband-to-be.

Stephanie is really happy with her fiancé. We are eagerly waiting for their marriage, and wish the couple good fortune for their upcoming life.

Stephanie Abram was married to Mike Bettes, who was her co-host. However, they could not be together for a long time as husband and wife. Their marriage ended in a

The divorce of Mike and Stephanie was buried with a reason labeled as personal disputes and neither of them chose to speak more on this topic.

Stephanie was rumored to be pregnant with Mike’s child during the time they divorced but the news didn’t sustain for too long.

Even though she has parted her ways with Mike, she still has a friendly connection with him. Two years back when Mike became a father, Stephanie shared a congratulation message via her Instagram account. Along with congratulating Bettes, Abrams posted the photo and details of his newly born child.

Meet the beautiful wife and child of Mike Bettes. More on his gay rumors

Stephanie, who did not have any children from Mike, is yet to experience motherhood. But for now, she is happy to have found a new partner with whom she has recently got engaged.