Unknown facts you need to know about Shipping Wars 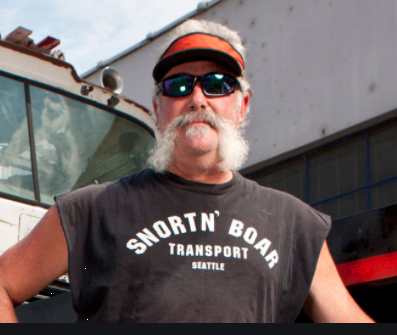 The show centered around uShip, an internet shipping broker, and independent shipping companies which bid on high-value shipping jobs.

‘Shipping Wars’ garnered an average of 1 million viewers per episode through their seven seasons.

Here are 5 facts about Shipping Wars and their cast you might not have known.

The auction process was staged

Though uShip is an online shipping auction website, only a few people bidding on a job during an episode, were the members of the show’s cast.

It seems sketchy because there are more than a half dozen of independent shipping companies and only handful of drivers.

Becoming famous can have its perks, but it also attracts a lot of unwanted attention, which can turn a person’s life upside-down.

In particular, a Facebook group deemed it necessary to take down the show and the uShip company.

The group doxxed Jennifer Brennan, which means the group made private details such as personal phone number, home address public about Jennifer.

After the death of Roy Garber, many fans wanted to know what was going to happen to Roy’s beloved cat.

So, TMZ did some research and said that Muffy was on her way to Roy’s mother’s house in New Hampshire.

But when a fan asked about Muffy in Arbie’s Team Transport Facebook page, they said that Muffy was taken by an estranged relative of Roy’s, without permission.

The cast had to wear the same outfit for days

Did you ever wonder why there were so many mishaps and drama taking place within a single episode?

Well, Jarrett Joyce confirmed that A&E provided the cast with several duplicates of the same outfit, to make it seem like all the interesting things happened in a single day.

Jessica Samko also told an interviewer that she had to maintain her bleached blonde hair so that her dark roots wouldn’t look different.

The cast was friendlier than the show portrayed

Though the show portrayed a series full of competitive cast members fighting over bids, most of the cast were pretty warm towards each other.

This is evidenced by their social media pictures, interactions at public meet and greets, and other friendly interactions on the show as well.

It leads us to believe that the drama was over exaggerated by the show’s producers and editors.