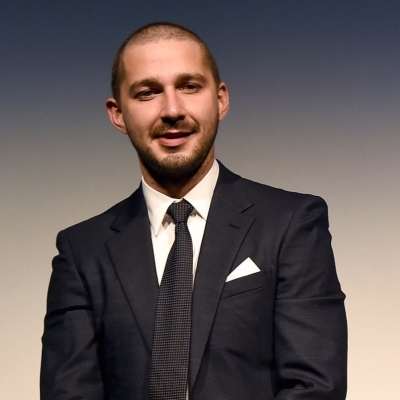 Shia LaBeouf has had his share of trouble with the law. Most recently, in July, he landed in jail after a drunk and disorderly arrest, which might be his most controversial yet.

The Transformers actor was caught on camera yelling and cursing at officers arresting him. After his release, Shia’s lawyer revealed that he will be seeking professional help after his commitments to the upcoming movie, Peanut Butter Falcon, are over.

The actor took to Twitter to make a statement and apologize for his behavior.

He shared a photo note on July 13 writing he was “deeply ashamed” of his behavior. He revealed that he has been struggling with addiction for “far too long.” 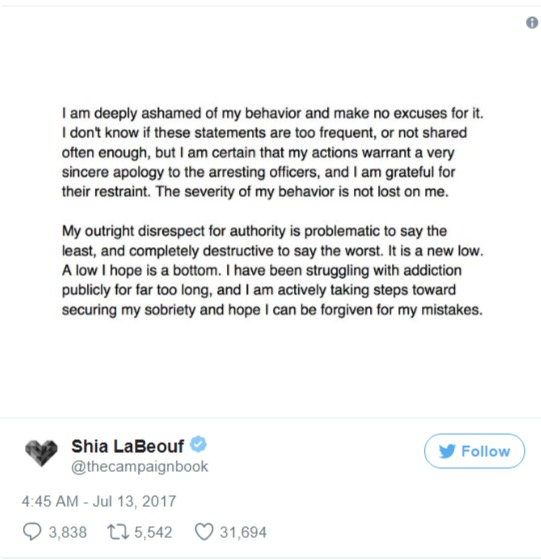