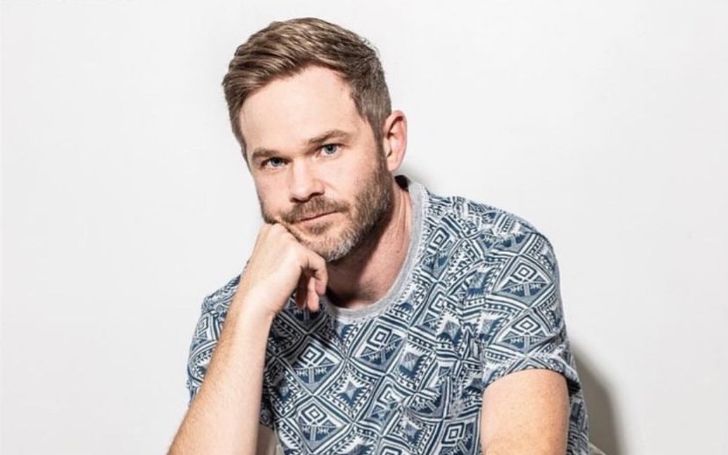 Shawn Ashmore was born on October 7, 1979, AD in Canada. He is a television personality and film actor by profession. He is mostly famous among the audience for the roles, such as Bobby Drake/Iceman in the X-Men film series, Wesley Evers in The Rookie series, Sam Spencer in the Conviction series, etc.

Moreover, he has also appeared in many other television dramas and played different roles, due to which he is brought to the limelight. It won’t be a mistake to say that he is a star in the Canadian entertainment industry.

Shawn Ashmore and his Early Life: Parents and Twin Brother

The Canadian actor Ashmore was born to his mother, Linda, a housewife and father, Rick Ashmore, an engineer by profession. Moreover, his mother also has a twin sister. But, Linda’s sister remains anonymous.

Shawn grew up with a twin brother Aaron Ashmore. Aaron is older than him in less than a minute. Their faces are identical, whereas Aaron is slightly taller than his brother in height.

Both twin brothers are into the acting field. We can see their acting coordination and bonding in the movies like Blackout and My Brother’s Keeper. Also, they have given their solo bests.

Shawn’s parents brought up the twins in St. Alberta. But later, Linda and Rick took their kids to Brampton, Ontario. And there, Ashmore gained his degrees.

Does Shawn Ashmore have any Tattoo?

Unlike others, the famous actor has a unique tattoo on his right wrist. His tattoo includes the English letters ‘GMA’, whose full form is ‘Good Man Ashmore’; this tattoo is made in remembrance and respect for his grandfather.

How Tall is Wesley Evers from the Rookie Series?

Shawn Ashmore, as a successful actor, everybody may want to know about his personal life and whether he is married or has a girlfriend. Yes, the X-Ment actor married his wife, Dana Renee Ashmore. They fell in love with each other after meeting during the shoot for Frozen.

The couple tied their knots on July 27, 2012AD, and now they have a cute son named Oliver Ashmore. To date, The Animorphs actor is living a happy married life. Although Ashmore likes the quiet life, Shawn loves to share about his family on Instagram. On that social media site, Ashmore shared many pictures of his family.

Learn about: Mekia Cox and her married life!

Shawn keeps his life away from the media. And so, the names of Ashmore’s past girlfriends remain hidden from the world. Shawn and Dana lead a healthy married life moving on to the present. Accordingly, the couple, Ashmore and Wasdin, remain free of any ugly rumors.

What is the Net Worth Of Shawn Ashmore?

Talking about the net worth of the Cadet Kelly actor, Shawn Ashmore owns an estimated net worth of $3 Million. His major source of earnings is his successful acting career.

As an actor, Ashmore earns thousands of dollars every year. Moreover, according to some sites, he makes a roughly estimated $50k per episode. Likewise, it is estimated that Shawn makes around $500k annually.

Although Shawn earns a vast amount of cash from acting, Ashmore also draws the income from promotional posts on his Instagram. Furthermore, the Rookie actor managed to gain a massive online following today.

Ashmore gained around 114.3K followers on his Twitter account. He keeps on tweeting different quotes and posting the video clips of his movies and series.

The Rookie Blue Actor started acting when he was very young. His first movie was Married To It, while he had already started acting two years back in Katts and Dog. Later he played in different TV series such as  Melanie Darrow, Any Mother’s Son, Animorphs, etc.

X- men audiences admired Ashmore’s character as Bobby Drake/Iceman. Hence, there is no doubt that the X-Men series became a turning point in his career, making him more famous. Shawn would later voice Iceman in 2006’s X-Men: The Official Game.

Ashmore has also appeared in the movies like The Quiet, Frozen, Breaking the Girls, Acts of Violence, The Ruins, etc., which made him very popular.

Aside from the Marvel superhero, Ashmore also played another superhuman. In 2020, Shawn appeared as the Lamplighter in the rated R superhero show The Boys!

Although the actor found a fulfilling career in the TV shows, which keeps him busy, Ashmore plays a couple of roles every year on the big screen.

Overall, he is a versatile and talented personality who is successful in his acting career. He is an example for the young sensations who want to develop their career in acting.

Now and then, an actor from a movie voices his character in a video game. Like, how Hugh Jackman voiced Wolverine and Van Helsing in their respective game. Shawn Ashmore voiced Jack Joyce in Quantum Break!