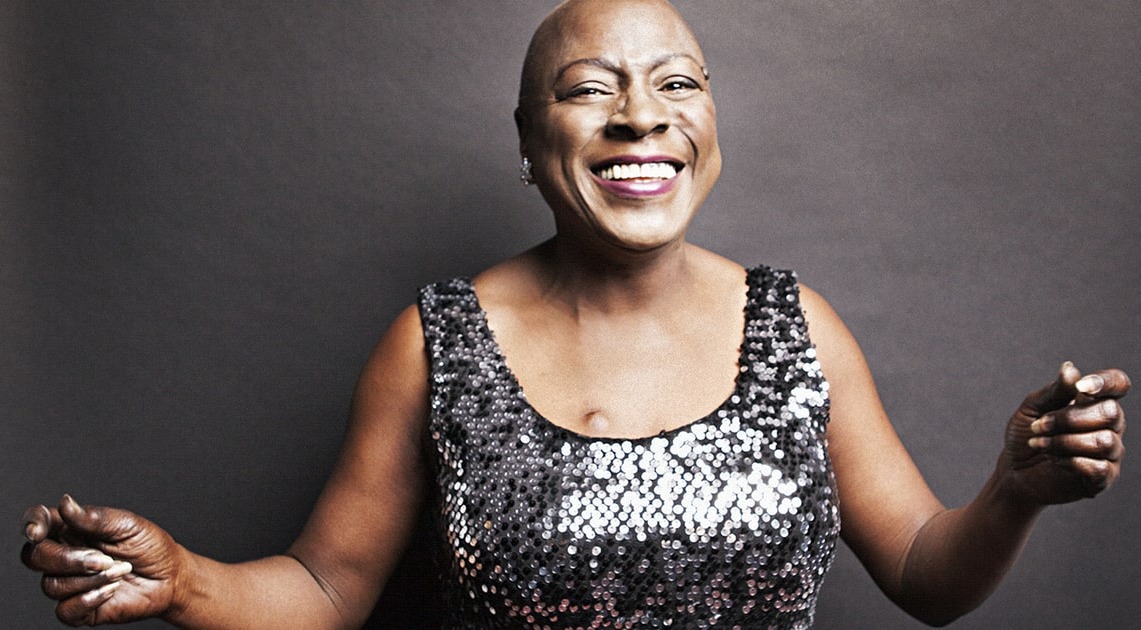 Sharon Jones is an American artist who is famed as the lead singer and the star performer of American band Sharon Jones & The Dap- Kings. The singer released her first career single when she was 40 but accumulated success only in the later stages of her career. Give the People What They Want is one of the popular songs by the singer.

Since her childhood Sarah wanted to become a singer

The charismatic singer Sharon Jones was born as Sharon Lafaye Jones and was the youngest of the 6 children. She was born to parents Ella Price Jones and Charlie Jones on May 4th, 1956, in the Georgia United States.

Though she was born in Georgia, she was raised up in Brooklyn, New York, where her family moved while in her young age. There she received her academics from Thomas Jefferson High School and later joined Brooklyn College.

Since her childhood, she had a lust for music and would often copy the singing and dancing of James Brown.

Sharon Jones, while in her teenage, was a Gospel singer in Church and would always participate in every talent show that would be held in around her residence. But the absence of any recording contract meant that she had to serve as a Correction officer as well as an armored car guard at a bank.

Her luck changed when pure records came in town. Jones along with two other participants made it through and the record company recorded the legendary singer’s first solo Switchable, which was later included in Soul Tequilla in 1996. Jones recorded a total of 45 solos with the record company, which led her to begin a new career with new record company Daptone Records.

She formed an unshakeable partnership with the Dap kings

A new chapter in Jones musical career began with Daptone Records. There Jones collaborated with several other musicians from previous group Soul Providers. With some members of the previous group gone a new challenge came up. But Jones along with the remaining members opted to stay together and sing together. Sharon Jones along with Bosco man, Roth, Binky Griptite, Fernando Velez Anda Szilagyi and Earl Maxton established

With some members of the previous group gone a new challenge came up but Jones along with the remaining members opted to stay and sing together. Sharon Jones along with Bosco man, Roth, Binky Griptite, Fernando Velez Anda Szilagyi and Earl Maxton established

The band prior to their first album, released singles like Naturally (2005), 100 Days, 100 Nights (2007) & I Learned the Hard Way (2010). With 4 super hit albums in 8 years, the group was seen by many as the new face of Soul and funk music. Sharon Jones was the spearhead of the group and in 2015 her works in music were honored with a documentary film titled Miss Sharon Jones.

Sharon Jones left a legacy behind her, lost her fight against cancer

The music legend Sharon Jones has given some of the memorable performances as a musician. She has mesmerized her audiences with some of her greatest hits like Damn It’s Hot, You Better Think Twice, Genuine, Pick It Up To Lay It In The Cut and How Do I Let A Good Man Down.

But sadly, no more songs will be added to that list of great songs from Sharon Jones as on November 18, 2016, she left the world. She died at the age of 60 due to cancer which she was suffering from 2013.

One of the influential singers of the present generation, Sharon Jones left behind lots of memories. For her fans, she will always remain one of the best and a role model.

Besides leaving behind a legacy, Sharon Jones has also left behind a whopping net worth. The exact number of her net worth have not been revealed yet but it can be predicted that she had a net worth in millions.