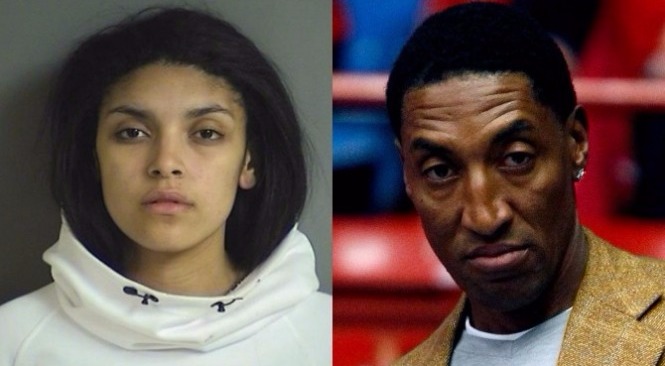 Scottie Pippen or Pip is not making the headlines this time for his whopping net worth of $50 million. Instead, it is his wife and daughter who are taking up the spotlight as internet sensations. Pippen’s wife is Larsa Younan and they have been married for 18 years.

Younan is known as the hottest basketballer wife. She was also a star of the show “Real Housewives of Miami”. Besties with Kim K, Younan also attended the Kim-Kanye wedding in 2014. She is constantly making headlines for her hot body figure and revealing attires. She is also followed by paparazzi a lot.

During a particular incident where she and Pip were followed by paparazzi, Pip assaulted the photographer. The news made internet sensation for weeks. It seems the public just can’t get enough of Younan. She regularly updates her Instagram where she likes to flaunt her body and she has a lot of fans.

Pippen’s 20-year-old daughter, Sierra Pippen, found herself in the rounds of internet fame but for the wrong reasons. She recently made headlines for public urination at a hotel lobby. If that isn’t embarrassing enough, she was also caught for underage drinking. Sierra has taken to keep her profile on the low after the incident but the internet hasn’t forgotten the incident easily and it is still gathering moss.

Scottie Pippen is often remembered as one of the agilest basketball players in the history which explain a network as towering as his height. Being an international sensation with a huge net worth is great but it seems there is competition to the fame as both his wife and daughter are stirring up some internet sensation that may cloud over his life-long stardom!