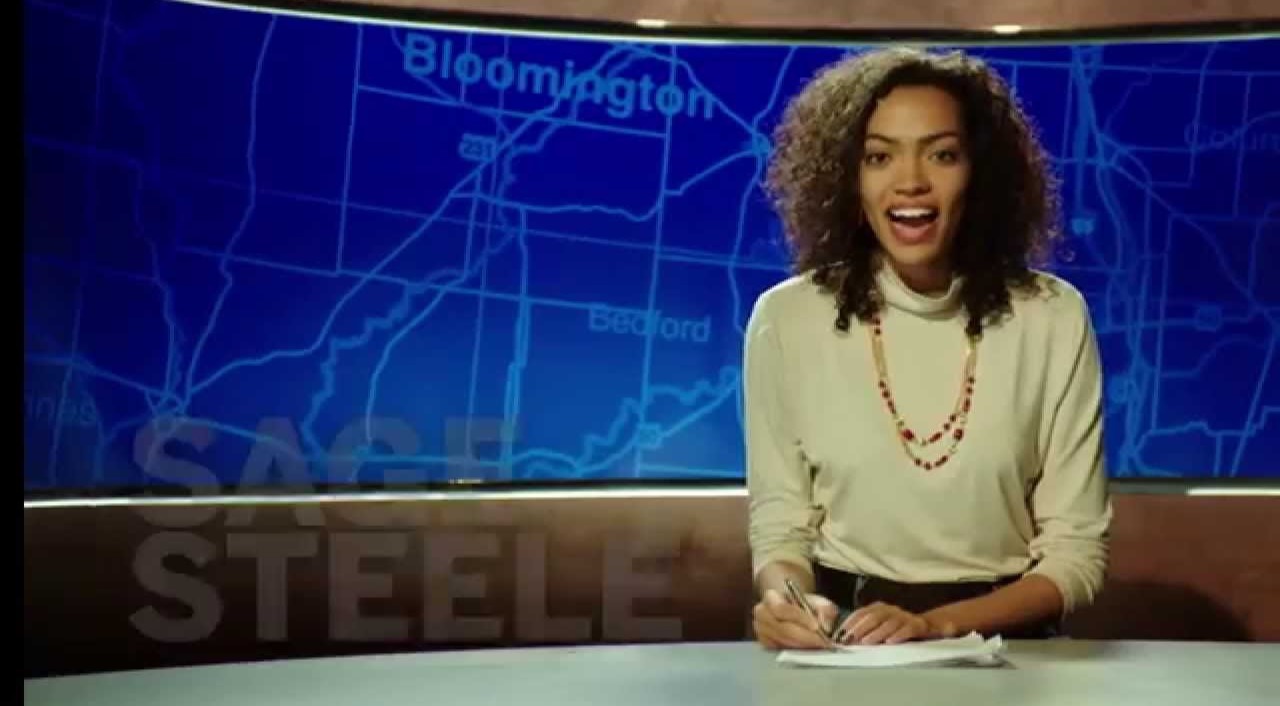 Sage Steele is a popular journalist having the net worth of $1.5 million. She has been receiving a handsome salary of 400 thousand dollars. She is a sportsaholic with an excellent confidence on-screen.

Sage worked hard to follow her passion for sports and journalism

In 1995, Sage graduated with Bachelors of Science in sports communication from Indiana University Bloomington. In 2015, her increasing popularity as a sports journalist got her an opportunity to go back to the university as a commencement speaker. This, in particular, became one of the greatest honor of her career.

All I can say is….thank you. Thanks to my alma mater and the @iubloomington class of 2015 for the greatest honor of my life. I am humbled beyond words and will never forget this day!! Congrats, grads…and #GoIU #HarderRightEasierWrong

Sage started her career in television reporting at WSBT-TV, the CBS affiliate in South Bend, Indiana. She was a sports news producer and a reporter from 1995 to 1997. She then joined CBS affiliate WiSH-TV, Indianapolis, Indiana, where she worked as weekend morning sports anchor and weekday reporter.

One of Sage’s role model is the legendary Stuart Scott.

She received fame and recognition after joining the ESPN

After years of collecting experiences as a sports news anchor and reporter, Sage joined the ESPN. She made her first debut in 2007 at the SportsCenter. Sage has since experienced increasing fan-followings.

We were done at halftime so took this picture just in case our season was over……but I guess this wasn’t goodbye after all!! PUMPED for game 6 on Thursday! #nbafinals

Sage has received wide fame for her coverages: on-site, day-long and pre-event. She covers the biggest sports events of the year such as the Super Bowl, World Series, The Masters and the College Football National Championship.

She is currently the lead host of “Sports Center on the Road” and the weekend editions of“NBA Countdown”.

Her popularity has increased with her involvement in charity events. She is involved with the Pat Tillman Foundation (it provides an educational scholarship to military veterans and their spouse).

Sage has been married to Jonathan Bailey for 17 years. He is a personal trainer and a fellow alumnus of Indiana University. Sage and Jonathan have three children together: daughters Quinn (14), Evan (10) and son Nicholas (12).

Sage has managed her family life as well as her career. A salary of $500 thousand is quite sizeable and it’s only going to increase as her career advances. Sage Steele’s has a huge net worth already!

Heading back to LA in the morning so thought we’d go out to dinner for a change… Someday, I’ll get a “normal” picture with this crew!