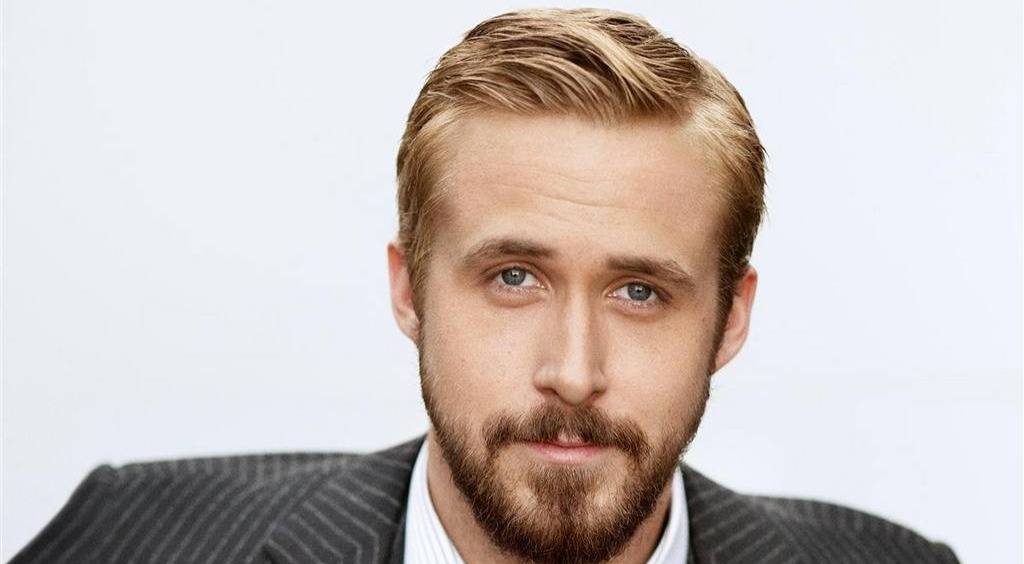 Ryan Gosling is a Canadian actor and director, who is best-known for his role as Noah Calhoun in the film The Notebook. First rose to fame as one of the Mickey Mouse Club’s stars, he went on winning the attention of audiences of all age groups with his outstanding roles in family entertainment TV shows.

He is recognized for his roles in numerous feature films like Half Nelson, Lars and the Real Girl, and La La Land among others.

Ryan Gosling was influenced by actors from a young age

Ryan Thomas Gosling born on November 12, 1980, is the second child to Thomas Ray Gosling and Donna (Wilson). He belongs to multiple ancestries, including French-Canadian, English, Scottish, and German. 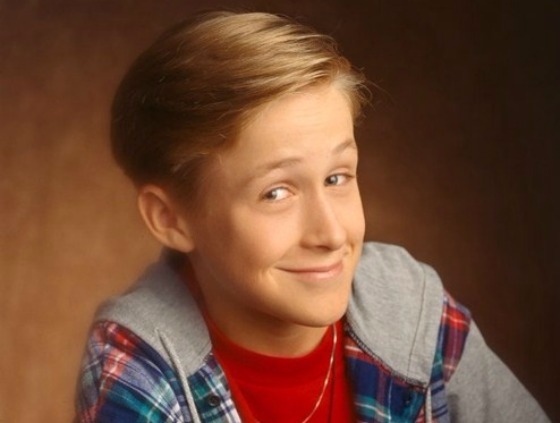 Ryan’s parents were divorced when Ryan 13 and he lived with his mother and sister. His sister was a performer, who encouraged him to perform on stage. Performing boosted his self-confidence as he believed it was the only thing people praised him for.

He was fond of watching TV and was greatly influenced by the actors. When he was in grade one, he took steak knives to school and threw it onto his friends as he saw it in the action film First Blood. As a result, he was suspended and later homeschooled by his mom.

In 1993, Ryan auditioned for the revival of Disney’s TV show Mickey Mouse Club and left behind 17000 aspiring stars with his talent. Even though he didn’t receive formal acting training he was offered plenty of TV series after the success of Mickey Mouse Club House. 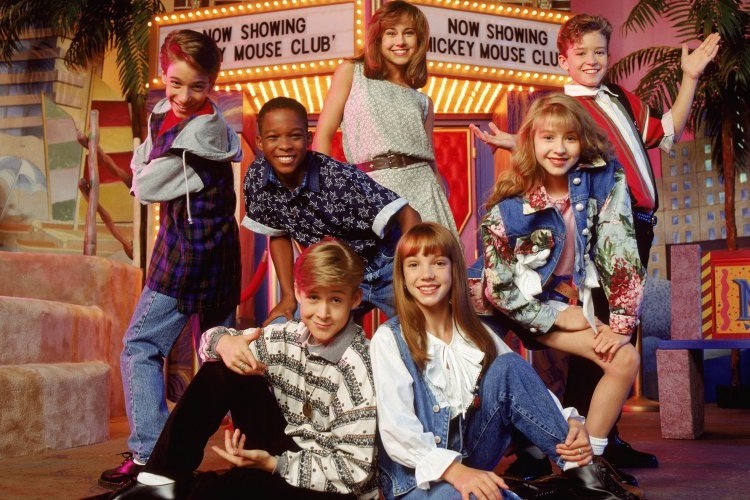 Ryan got his first lead in The Believer, directed by Henry Bean. He was taken in the movie with a view that his Mormon upbringing would help him understand the character’s isolation from Judaism. The film could not perform well commercially, but his portrayal was appraised by the critics, one of which stated, “electrifying and terrifyingly convincing performance”.

Even after continuous unsuccessful films, Gosling got comments like, ‘A phenomenal talent even in a junk like this’ for the movie Murder by Numbers, The New York Time described him as ‘major star material with a rawness and intensity that recall young Matt Dilong’.

The Notebook and Half Nelson made Ryan Gosling a household name

Gosling was widely appreciated after his film The Notebook, in which he starred opposite to Rachel McAdams in 2004. Although their romance was a pleasure to watch, the two actors didn’t have good terms off-screen during the filming of the movie. However, later they dated for about two years. The romantic drama was a huge success grossing over $115 million. 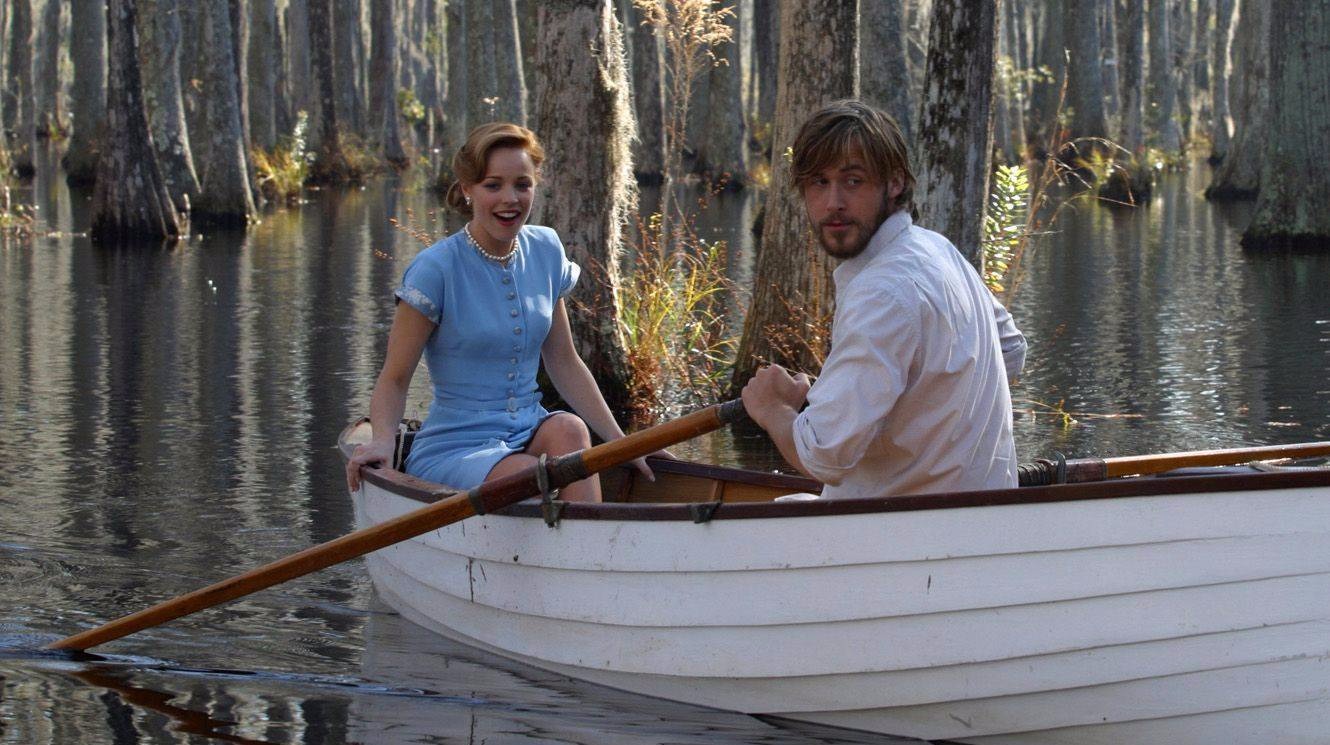 Ryan’s 2006’s venture Half Nelson, where he starred as a drug addict junior high school teacher who forms a bond with a young student, was a success. He went to New York one month before the shooting started and stayed in a small apartment in Brooklyn under the shadow of an eighth-grade teacher with a motive of knowing his character better.

His dedication didn’t go in vain as critics complimented his work as being deeply involved with the character that only a few actors can do. He was nominated for an Academy Award for his portrayal in the movie. 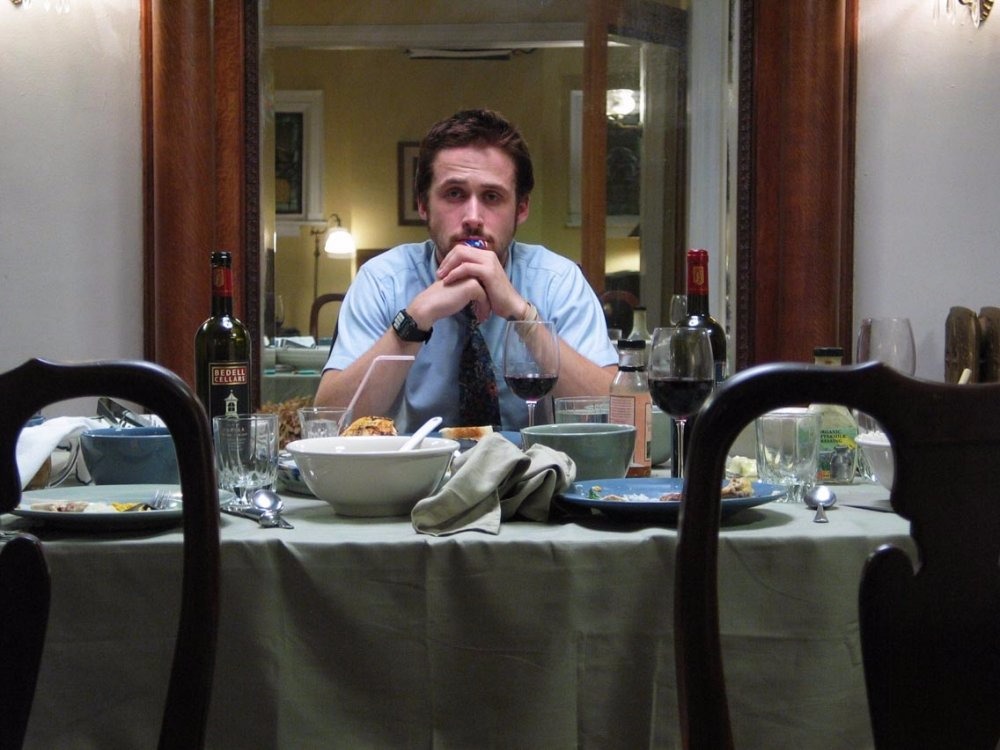 Gosling’s Lars and the Real Girl, where he played an introvert who falls in love with a sex doll, was a box office failure. But critics admired and recognized his ongoing growth in the industry. Ann Hornaday of The Washington Post described his performance as ‘the small miracle… because he changes and grows so imperceptibly in front of our eyes’. He was nominated for the Golden Globe Award for Best Actor- Motion Picture Musical or Comedy.

After three years of hiatus, Ryan came up with Derek Cianfrance’s directorial debut, Blue Valentine in 2010. The movie was a commercial success and Ryan’s performance was appraised again. He was nominated for Golden Globe Award for Best Actor-Motion Picture Drama. 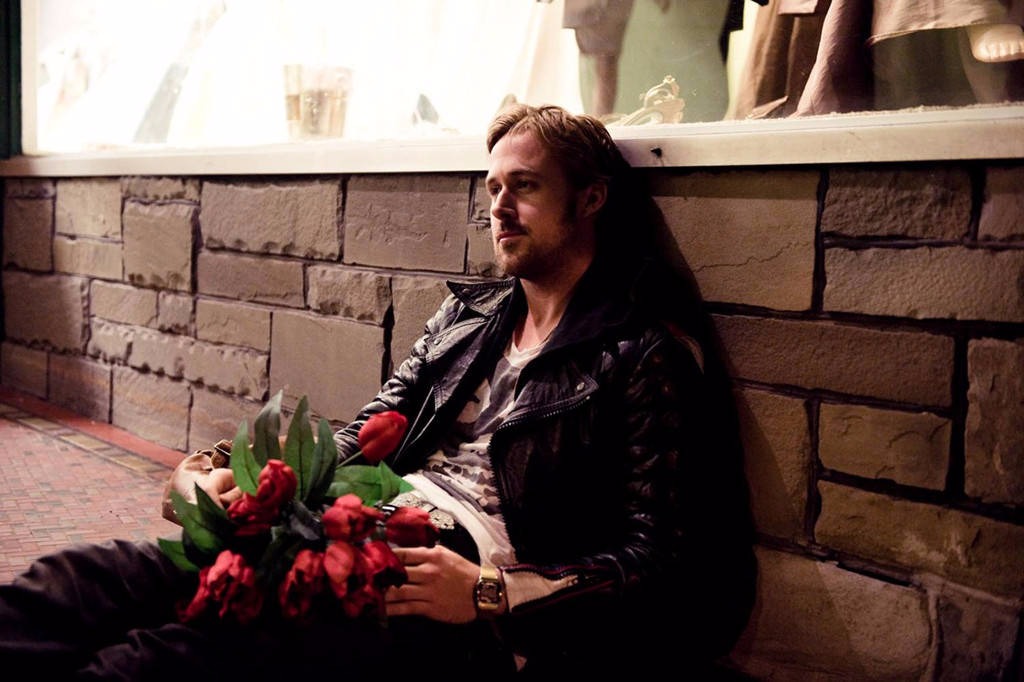 Gosling’s second onscreen appearance in 2010 was in the mystery film All Good Things’ based on real story. He played the role of a New York real-estate heir, who is investigated for the disappearance of his wife. He calls the movie process a dark experience and didn’t undergo any promotional activities.

His second-most successful movie is the romantic comedy-drama Crazy, Stupid, Love, with Emma Stone. The movie was a commercial success grossing $142 million worldwide. He was nominated for a Golden Globe Award for Best Actor- Motion Picture Musical or Comedy. 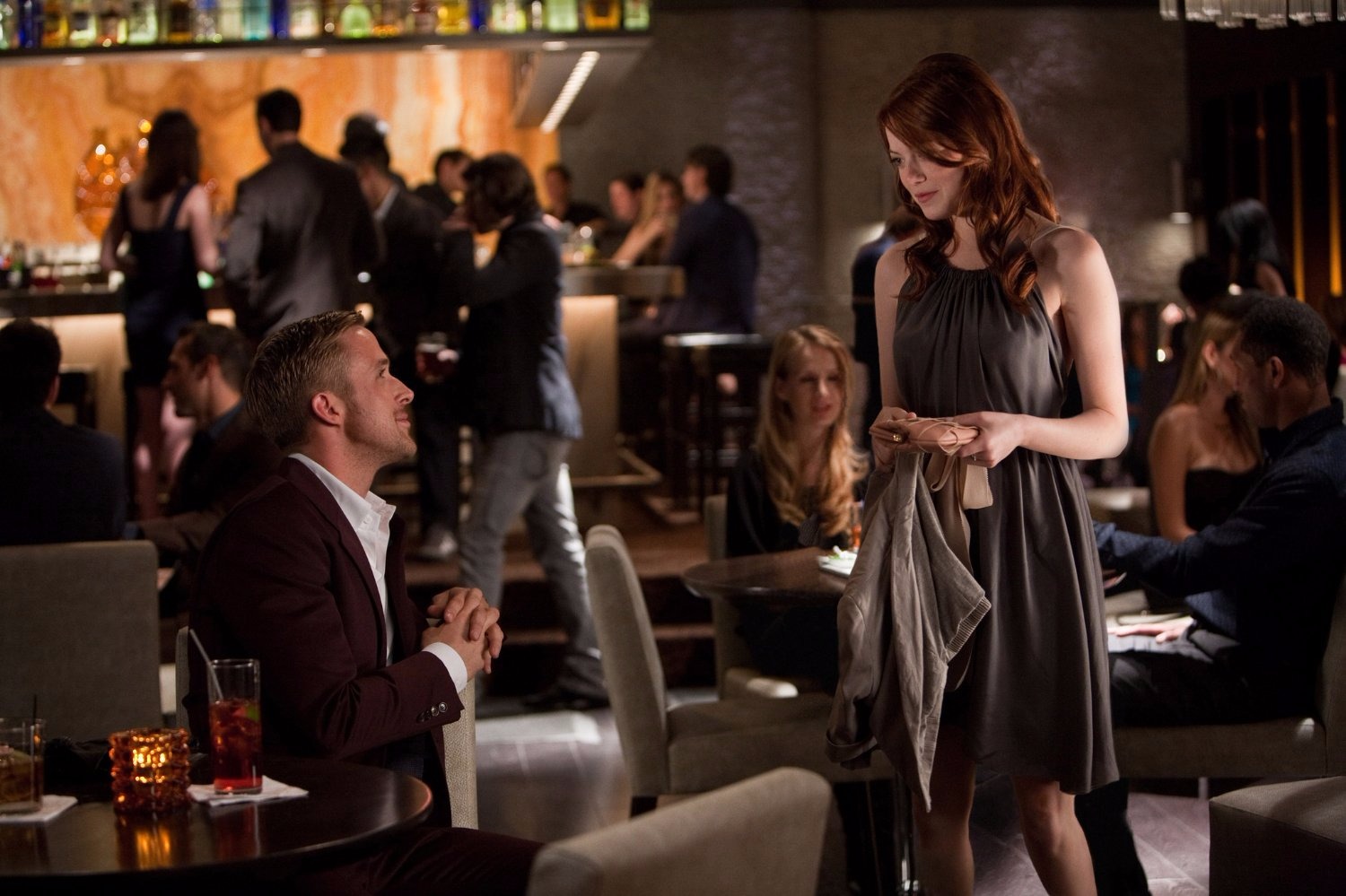 After a long break, Ryan played a bond salesman in the financial drama The Big Short, the best picture nominee in 2016 Academy Awards. In 2016, Ryan received the Golden Globe Award for the Best Actor- Motion Picture Musical or Comedy, for the movie La La Land, a musical comedy. It was his second collaboration with Emma Stone.

Currently, he holds a net worth of $30 million. His noticeably highest earning was in the year 2013 from the film Only God Forgives. He was the producer of the movie, which earned him $779,000.

Blade Runner 2049, the movie, in which he co-stars with Harrison Ford is scheduled to be released on September 6, this year.

Apart from being an actor and director, Ryan Gosling is also a singer. He made his start, releasing a solo recording called Put Me in the Car in 2007. That same year, he formed an indie rock band Dead Man’s Bones with his friend Zach Shields. Though they initially thought to produce a monster-themed musical, they settled on forming a band when they realized stage production would be too expensive. 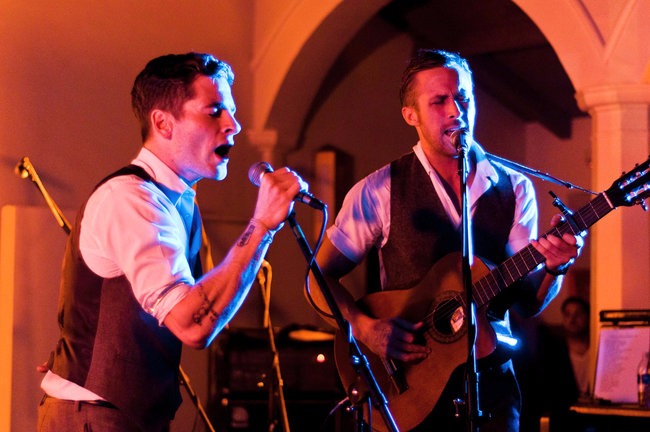 Ryan and Zach learned to play all the musical instruments themselves and recorded their debut album Dead Man’s Bones with Silverlake Conservatory’s children’s choir. Ryan contributed vocals, guitar, piano, cello and bass guitar. The duo has released more than a dozen of soundtracks till date.

Ryan sang You Always Hurt the One You Love, the soundtrack of Blue Valentine and two songs A Lovely Night and City of Stars, two soundtracks of La La Land.

Ryan co-owns a Moroccan restaurant in Beverly Hills, namely Tagine. He has been involved in various charitable deeds. He has been participating in volunteering campaigns of the non-profit making organizations like Enough Project, PETA, and Invisible Children, Inc.

Ryan Gosling, a heartthrob of many has shared off0screen romance with three of his co-stars. Ryan was in a relationship with Sandra Bullock of Murder by Numbers, from 2002 to 2003.

He dated his The Notebook co-star, Rachel McAdams from mid-2005 to mid-2007. Ryan said, “Sandra and Rachel were the greatest girlfriends one could have” to a UK-based magazine The Times. 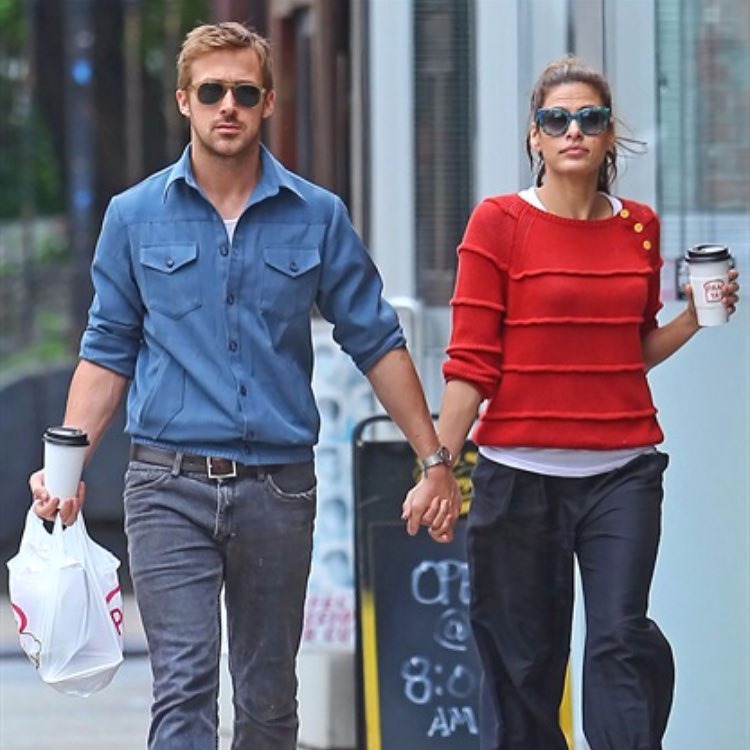 His third girlfriend, Eva Mendes, is his co-star from Place Beyond the Pines. They have been together since they filmed the movie in September 2011 and are parents of two daughters Esmeralda (born September 2014) and Amada (born April 2016).

Reportedly, the couple secretly tied the knot among a small group of friends and family in 2016. But they are yet to comment on the rumors.