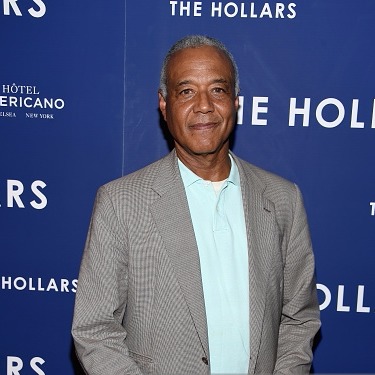 One of the prominent names in the American media, Ron holds and BA degree in Psychology from Yale University and MS in Journalism from Columbia University Graduate School of Journalism.

The 63-years-old news anchoring veteran Ron Claiborne is still single and is yet to tie the knot. In his years of service, he has never been romantically linked to anyone and is yet to publicly speak about his personal matters.

A renowned name in the American media industry, Ron Claiborne began his journalism career soon after completing his graduation from Columbia University Graduate School of Journalism. He made his career debut from an Independent newspaper based in Richmond, California. Afterwards, he joined United Press in 1977. He remained with the channel for three years before ending his tenure in 1980. In his time there, he served as a reporter and a writer.

After spending three successful years with the New York-based press, he then aligned with New York Daily News serving as a reporter. He joined them in 1980 and remained with the channel till 1982. In his time with the newspaper, he mainly covered news relating State Government, City Politics and Metropolitan News.

Claiborne enjoyed a successful stint with the newspapers. His five years association with newspapers garnered him with experience and knowledge, which later persuaded him to make his debut in television with Fox News affiliated WNYW-TV.  He joined the channel as a General Assignment Correspondent in 1982 and remained with the channel till 1986 before making a career-defining switch to ABC News.

In his time with ABC, Claiborne has endured a lot of travels. Formerly he operated from several branches of the channel including Los Angeles, Chicago, Boston and Miami. In addition to that, he has also travelled across various countries to cover international conflicts. Iraq, Afghanistan, South Africa and the Persian Gulf are some of the countries from where Claiborne reported.

A charismatic and powerful television personality Ron Claiborne is yet to be married. Focused in his career since his debut, he has helped himself with an Emmy Awards in 2000 and has garnered an estimated net worth of around 600 thousand dollars.