Rodney Carrington’s transition to TV: ‘Rodney’ & ‘Beer For My Horses’ 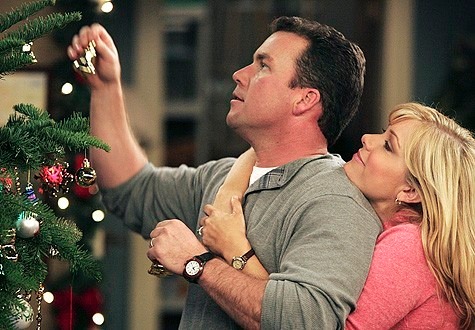 By 2004 Rodney Carrington has successfully established himself as one of the best in the American music industry. After the release of his third studio album he decided to make it on television.

It was 2004 when,  he made his acting debut through ABC sitcom Rodney. His self-titled show largely focused on his-own life and family. The show made its debut on September 21st 2004 and was concluded on 6th June 2006. Soon afterward, he released his fourth studio album Kings of the Mountains (2007), which was ranked 15th in the US charts. The album contained one emotional song Angel Friend which was dedicated to his late friend Barry Martin who passed away in 2003.

A year later in 2008 Rodney made his silver screen debut from Beer for My Horses. The movie based on Toby Keith‘s song of the same name, had Rodney Carrington, Toby Keith and Greg Serano in the lead role and was released on 8th August 2008.

He continued his collaboration with Capitol Nashville and released his 5th studio album El Nino Loco on 16th June 2009. The album peaked into 19th spot in the US chart making it his fourth album to make it to the US top 20. His last union with the Nashville based recording studio was 2009 release, his first holiday album Make It Christmas . The album was placed 56th in the US charts.

Letter to my Penis (1998), Dancin’ with a Man (1999), Don’t Look Now (2003) and Show Them to Me (2007) are some of his popular singles. Apart from his singing career, he has also appeared in a handful of music videos which include Dancin’ with a Man, More of a Man and If I’m the Only One.  It is reported that all from his stand-up comedy shows and musical albums, the multi talented personality has amassed an estimated net worth of around $6 million.