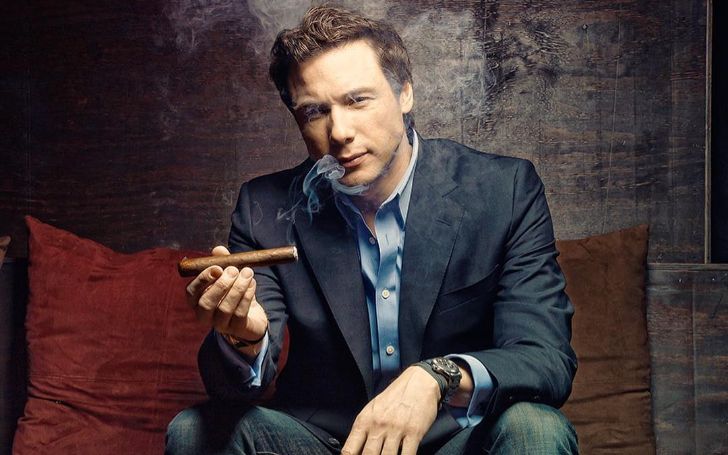 Rocco DiSpirito came to fame as a celebrity chef from the United States. Moreover, Rocco also published multiple books in his career as a chef. Throughout his career, the talented cook won many awards and titles.

Back in 2002, People Magazine named DiSpirito the Sexiest Chef Alive. Similarly, in 2001, he earned a nomination for the Best Chef in NYC by James Beard Foundation. And with that in mind, Rocco holds a massive fortune as of 2021.

How Old is Rocco DiSpirito? Learn His Bio and More!

As of 2021, Rocco DiSpirito is fifty-four years old. Likewise, the American celebrity chef was born in Queens, New York, USA, on November 19th, 1966. Furthermore, he holds an American nationality and comes from Italian-American ethnicity. Moreover, he was born under the horoscope of Scorpio.

More on Rocco’s early life and bio, he was born to Nicolina DiSpirito and Ralph DiSpirito. Likewise, he grew up with two siblings. Moreover, he has a brother named Michael DiSpirito and a sister named Maria DiSpirito.

The talented chef attended high school in Queens. But later, he graduated from the Culinary Institute of America in 1986, soon after Rocco joined Boston University. Moreover, he earned a bachelor’s degree in Business from Boston University.

Passing in the Family

Not everything in Mr. Rocco’s life went smoothly. Back in 2013, his mother, Nicolina, passed away. Although the chef tried to keep things away from the limelight, things grew out of proportion when his siblings wanted to split their mom’s estate.

And in 2017, Rocco and his siblings went through the legal process to divide their mother’s property. Likewise, later the talented chef received half of the property, and his siblings got 25% each.

No, the renowned celebrity chef Rocco DiSpirito isn’t a married man. Moreover, the chef seems to enjoy keeping his love affair away from the media. And so, most of his ex-partners remain hidden from the world.

Speaking of marriages, Rocco was married to Natalie David. Moreover, the couple tied the knot before the 2000s. Likewise, DiSpirito and his ex-wife exchanged their vows away from the peering eyes. But, things did not work about for the two, and eventually, the duo finalized their divorce in 2000.

Even with the fame Rocco earned, he keeps his personal life successfully hidden. So, it remains a complete mystery if he and his ex-lover welcomed any children. Furthermore, he intends to keep it so.

How Much Does Rocco DiSpirito Own as His Net Worth?

As of 2021, Rocco DiSpirito owns an approximated net worth of $9 million. Besides, he earned his fortune as a celebrity chef and an author. Moreover, he has written over half a dozen cookbooks thus far.

DiSpirito wrote his first book titled Flavor back in 2003. Likewise, the following year, he published the book Rocco’s Italian American, and so on. Moreover, his recent books sell for around $15 per piece.

Besides millions of dollars in the bank, DiSpirito owns multiple assets. Furthermore, as we mentioned earlier, he inherited half of his mother’s property. Likewise, he holds a small Brooklyn apartment building on Pacific Street, East New York.

Over the years, Rocco DiSpirito gained massive fame and fortune. Now, Rocco appeared in many TV shows over the years. And as a result, his TV fame followed him on his social media. Currently, the talented American chef holds hundreds of thousands of follower counts.

And For more bios and News, Please do visit our website: E-Celebrity Facts.