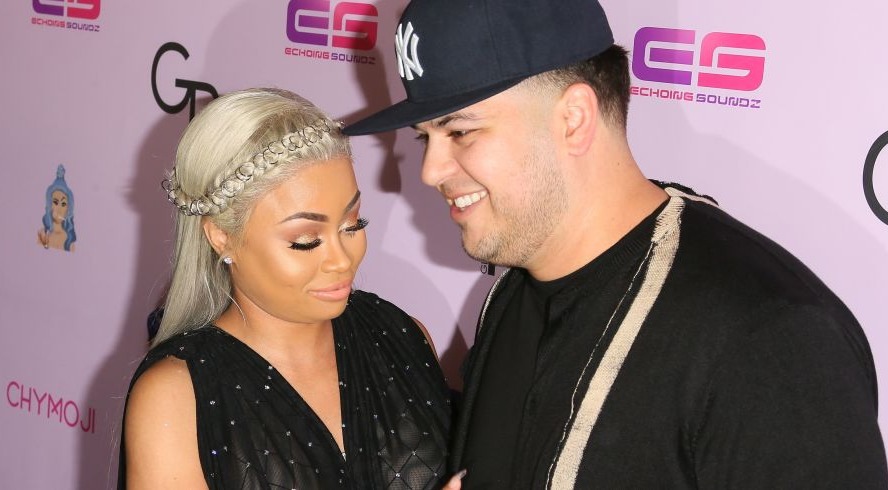 American television personality Rob Kardashian and his companion Blac Chyna, declared the gender of their soon to be born child, a couple of weeks ago.

The couples who are counting days to welcome their newborn were given a grand surprise when they were treated to a co-ed baby shower on Sunday afternoon at a private estate in Los Angeles.

The ceremony was attended by 80 guests, which included King Cairo and Scott Disick. The attraction for the celebration was belly dancing, photo booths and some fun filled games.

The guests were served with a buffet style menu which included seafood, meats and vegetable. As for the dessert, cake by Ruben was used.

Speaking about the baby shower, an insider to Robert said, “Rob has been involved in the planning. He really wants Chyna to be happy and he has been helping with the small details so that everything is to her liking. Even though the shower is co-ed, he really wants it to be a special day for her”.

Like the insider said, all the arrangements from room’s decoration to the colours used on the walls were of Blac’s choice. All the food and the drinks also belonged to Blac’s favourites.

“Chyna has no idea what has been planned because Rob wants her to be surprised by all the little treats in store for her”, the insider told. Likewise, besides the guest, Robs’s sister Kim Kardashian who was in Paris fashion week, wished Chyna a happy shower through snap chat.

The celebration comes after Rob experiences some family drama after her sisters decided to organise separate baby shower. But the television personality cleared the issue and organised a baby shower as per her likings.

Speaking about his sister’s plan of organising the baby shower Robert said, “It was miscommunication on my end. I thought they weren’t having Chyna at our baby shower. Chyna’s baby shower is actually this Sunday, but they were trying to do a little surprise ‘guy’ baby shower for me and I was just upset trying to fight for Chyna like, “Yo, she has to be at the baby shower. She’s birthing my child. She needs to be there.”

Robert Kardashian and Blac Chyna, like any other ordinary couple have friction and differences in them. Currently, the couples are focusing on welcoming their baby girl and are far away from unwanted conflicts.