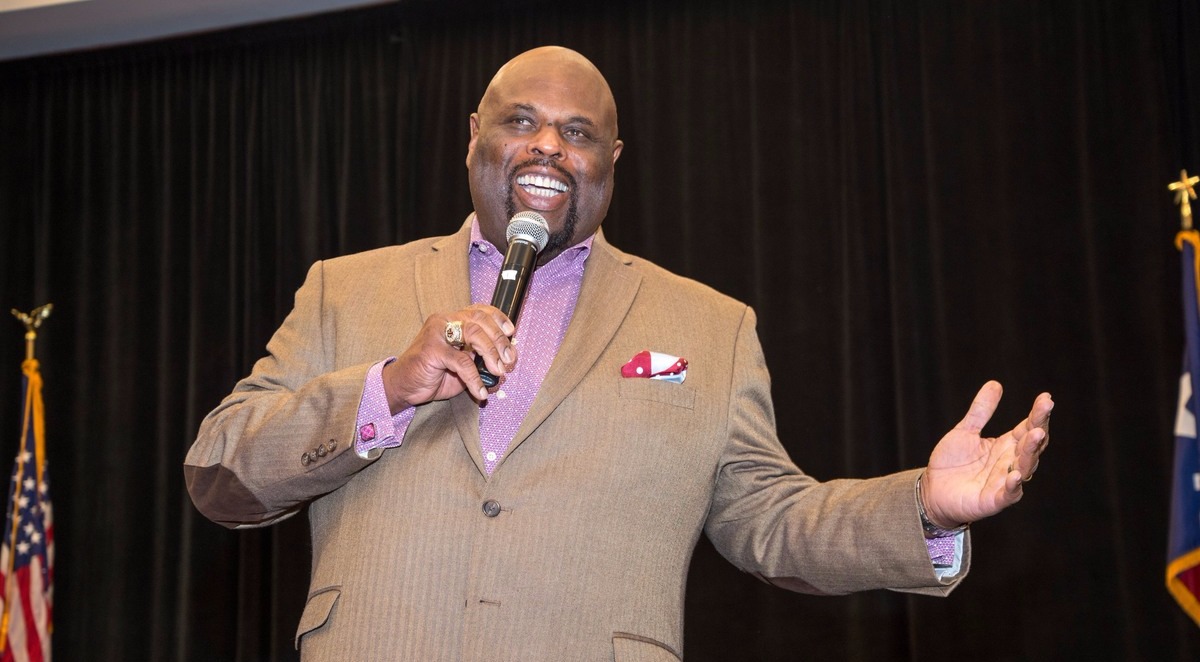 Rick Rigsby is a motivational speaker and the former chaplain of the Texas A&M Aggies football team. The internet is buzzing over the past few days with the commencement speech given by him at California State University Maritime Academy. Let’s find out more about the inspirational personality!

Rigsby is a Dallas transplant who originally hails from San Francisco. His father was a ship’s cook who spent 30 years leaving the house at 3:45 in the morning just to teach his boys the act of excellence.

Rigsby followed a television news career with six years of graduate school. He earned his Ph.D. from the University of Oregon.

Rick was also into teaching for two decades. He spent most of his twenty years as a professor at Texas A&M University’s College of Liberal Arts. There he served as chaplain for the Aggies football team and also as a character coach. During his time in the academy, he was honored two times with the prestigious Outstanding Teaching Award

What is the motivational speaker Rick Rigsby up to in 2017?

Rick Rigsby is now the talk of the town after his commencement speech video which he gave at California State University Maritime Academy was uploaded on YouTube. The video has become viral on the web.

With a simple but powerful message to prioritize to make an impact rather than an impression, Rigsby has been able to make an impressive fan base within a short period. Moreover, he emphasized on the wisdom which his father passed on to him during his hard times.

Make an Impact,
Not Just an Impression.

The speech was all in all an homage to his dead father and wife.

Rigsby is serving as a motivational speaker and has been devoting his full attention to empowering people worldwide. He is associated with multiple organizations and different NFL & PGA teams to motivate players. He is also the president and CEO of Rick Rigsby Communications.

As per his Facebook profile, he is also an ordained minister. Along with that, he is an author of Lessons From a Third Grade Dropout, a book which released in 2006. The book imparts six simple lessons taught by an uneducated man, who is none other than his father. The book is based on Rigsby’s fundamental principle, i.e., to create an impact rather than just impressions.

With no doubts, as one of the most preferred motivational speaker and author, Rick must have amassed an impressive amount of net worth which is yet to be revealed.

Rick Rigsby first met his wife Trina Williams in 1974 at Chico State. Trina was from Lompoc, CA, and was a nursing student. Rick asked for Trina’s number when he attended a dance at the Newman Center after a football game. He explained in his speech that Trina was the only girl who gave her him her real number.

After years of togetherness, he got married to the beautiful woman with whom he shares two children, Andrew and Jeremiah. In 1990, Trina was diagnosed with a lump in her left breast. She was later diagnosed with breast cancer, and six years after battling with it, she passed away.

Rick Rigsby, undoubtedly, was hurt to lose the most precious person in life. However, he met Janet with whom he is married now and also shares two sons.