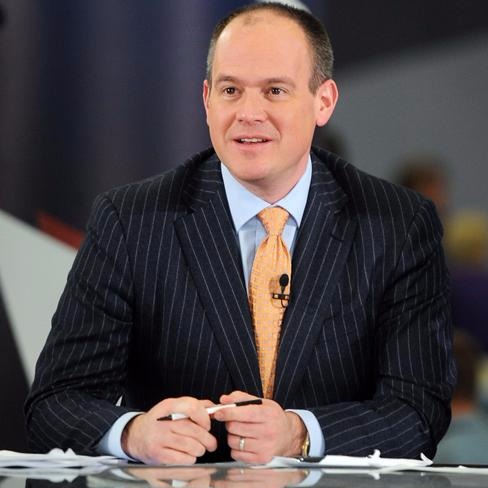 This New York native is the 2006 & 2006 nominee for the Sports Emmy Award in the category of Outstanding Studio Host.

Rich Eisen was born on 24th June 1969 in Brooklyn, New York, United States. he was raised in Staten Island. As far as his academic qualification is concerned he is an alumna of the University of Michigan. Following the bachelor’s of arts degree, he majored in journalism at Northwestern University’s Medill School of Journalism.

Now an eminent sportscaster, first started in print journalism as a staff writer for Staten Island Advance in 1990 and worked till 1993 and shortly covered Chicago Public High School basketball and softball at the Chicago Turbine as well.

Afterward, he was a sports anchor & reporter at the Redding, California-based station KRCR-TV from 1994 till 1996. Prior to joining NFL Network, he served at ESPN along with Stuart Scott. Well-recognized for his humor at ESPN, he hosted a reality series Beg, Borrow & Deal and also hosted Major League Baseball for ESPN Radio.

Outside of sports world, he was a host of Domino Day, an ABC show.Eisen’s notable achievements at ESPN included the breaking news of Mark McGwire, St. Louis slugger’s retirement from baseball in 2001.

Since 2003, he has been associated with NFL Network. Known as the first on-air talent added to the network, he is the face of 24-hour, seven-day-a-week cable & satellite channel dedicated to the football. Most notably at NFL, he was the main host of the network flagship program, NFL Total Access till 2011.

One of the most visible anchors and sports host from the past several years, he penned Total Access: A journey to the Center of NFL Universe about his sports anchoring experience at NFL Network.

In accordance to his name, Eisen is living a very rich life when it comes to his professional achievements and personal life success as well. Married to his fellow sportscaster, Suzy Shuster, since 2003, his paradise is fulfilled by three children.

The complete and happy family comprising of Rich, his wife, two sons and a daughter is enjoying a happy feat in their residence near Coldwater Canyon in Beverly Hills.

Rich’s sense of dedication to sports journalism has helped him achieve an inconceivable fame and success as a sportscaster. A dashing and charming man standing with a height of 5 feet 8 inches have climbed the ladders of success in sports journalism being associated with the NFL Network since 2003.