Really! Tae Heckard’s boyfriend Brandon Jennings dumped her while she was pregnant with his baby. What went so wrong? Also find out her nationality 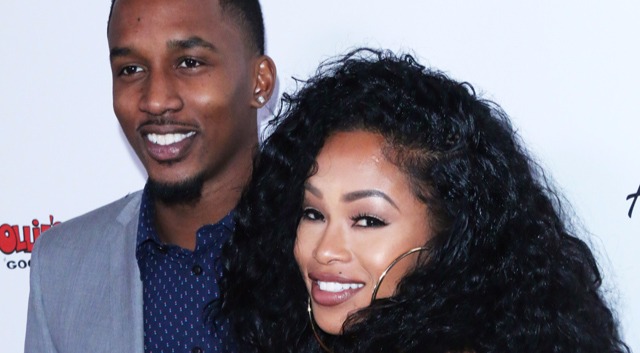 Tae and Brandon came close to each other after both suffered sadness in their previous affairs. Tae was then in a relation with pop star Nelly, and in a domestic relationship with Monique Blanton. On the other hand, Brandon was dating Tae’s close friend Teyana Taylor.

After Brandon and Tae announced their relationship, Taylor stated that she wishes happiness to Brandon but feels disappointed by Tae.

Brandon and Tae maintained a healthy relationship for several months and were planning to take their romance to a whole new level of marriage. But before settling down with each other, Tae had filed for divorce with her ex-partner Monique. Later Tae and Brandon ended up getting engaged.

The relation grew strong and the bond between them was about to get stronger when Tae was pregnant with their first child. The picture of their life was being painted with happiness and joy.

But that was not the case, just a few days after the news of Tae being pregnant with Brandon’s child came out, shocking news of Brandon dumping his pregnant girlfriend captured the attention. In the aftermath of that story, Brandon told that “Tae wanted to play with him hence he had to leave her”.Tae Heckard finally gives birth to a baby boy by NBA baller Brandin Jennings!! Congrats to the both because they are over pic.twitter.com/Lkh7wq0tnV

A closer look into the origin of Tae Heckard

Tae La’Shontae Heckard has achieved name and success in her career in the United States. But the land of the United States has not always been present for Tae. She comes under two nationalities, the American and the South Korean. She was born in South Korea but grew up in the States, hence she belonging to both the nations.

Tae Heckard’s boyfriend Brandon Jennings dumped her when she was pregnant with his child. Although the reason behind Brandon dumping Tae is not clear, it is believed that he did so because Tae tried to play with him. However, Brandon now seems to have got over the incident as Tae Heckard and Brandon Jennings seem willing to continue their love story once again.

Tae Heckard and boyfriend Brandon Jennings had been in a relationship for a long time. The engaged duo was expecting their first child when their happy life turned head over hills as Jennings dumped her. She holds dual nationality.