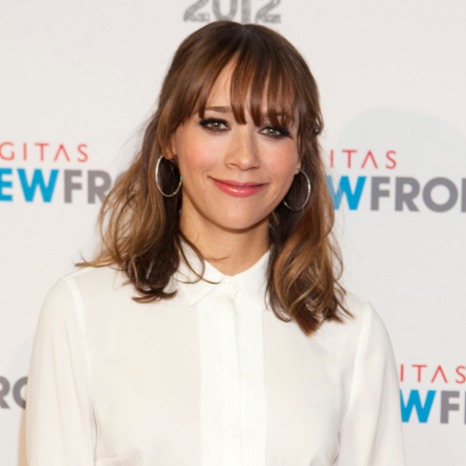 Rashida Leah Jones, aka Rashi, is an American mainstream actress who is well known for her role of Ann Parkins in NBC’s comedy show Parks and Recreation. Besides, she is also a screenwriter, comic book author, and singer.

Born on 25th February1976, Rashi attended Buckley School in Sherman Oaks and did her Bachelors in Religion and Philosophy from the renowned Harvard University.

Jones started her acting career with the role of a supporting actress in a movie called The Last Don. In 2000, she had her first opportunity to host the TV program Boston Public and to put herself in the spotlight. In the following years, she was cast in a few other programs such as Wanted (2005) and Stella (2005).

In 2006, Jones made a giant leap by playing Karen Filipelli on the comedy series The Office. It paved her way towards getting on the Parks and Recreation comedy show, which shot her fame and career to its zenith.

Rashida created another milestone in 2015 by playing the title character in the series Angie Tribeca, a TBS production. The program has been famous, especially for its oblique sarcasm on the police procedurals.

Nevertheless, Jones has also created her mark in Hollywood by appearing in several movies, The Social Network, I Love You, Man, The Muppets, to name a few.

Raised in the Bel Air, neighborhood of Los Angeles, Rashida had a decent early life with her parents Quincy Jones and Peggy Lipton. Her parents are of mixed races, which was not fully acceptable in the 70s.

Jones has also been in a relationship with a few men as well. Mark Ronson, Tobey Maguire and Jon Favreau are some names that are well known in the industry; they all had a romantic attachment with Rashida for certain periods of time.

A woman with a down to earth personality, Jones has been involved with several charity organizations and volunteer works. She is the board member of the organization Peace First.

As a multitalented person, she has been appreciated with various accolades, even if it’s just a simple nomination for the award.