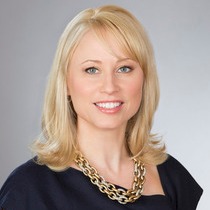 Rachelle Wilkos was born on January 11, 1971 in St. Clair Shores, Michigan, United States. She is the third wife of American talk show host Steve Wilkos.
Rachelle, who was previously a senior producer of ‘The Jerry Springer Show’ is now an executive producer of ‘The Steve Wilkos Show’. The syndicated show was premiered in October, 2007.