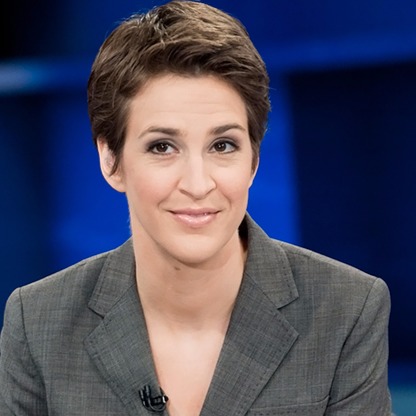 Rachel Maddow is an American political commentator, television host, and writer. She is perhaps best recognized for hosting a nightly television show on MSNBC, The Rachel Maddow Show. She also hosted a radio show of the same name on Air America Radio from 2005 to 2010.

Rachel Anne Maddow was born on April 1, 1973, in Castro Valley, California, to Robert B. Maddow and Elaine Maddow. After graduating from Castro Valley High School, she studied public policy at Stanford University. When she was a freshman there, an interview in the college newspaper outed her. She graduated in 1994 and received the John Gardner Fellowship.

She is the first openly lesbian to have received an international Rhodes Scholarship. She went on to attend Lincoln College, Oxford and in 2001, finished her Doctor of Philosophy in politics from the University of Oxford.

Rachel kicked off her career in journalism in 1999 when she got her first job of a radio host in WRNX FM. Afterward, she won a contest the station held to find a sidekick for the host of The Dave in The Morning Show‘s host, Dave Brinnel. Then, she went on to host WRSI’s Big Breakfast for two years before leaving for Air America in 2004. She also hosted the show Unfiltered until it’s cancellation in 2005. 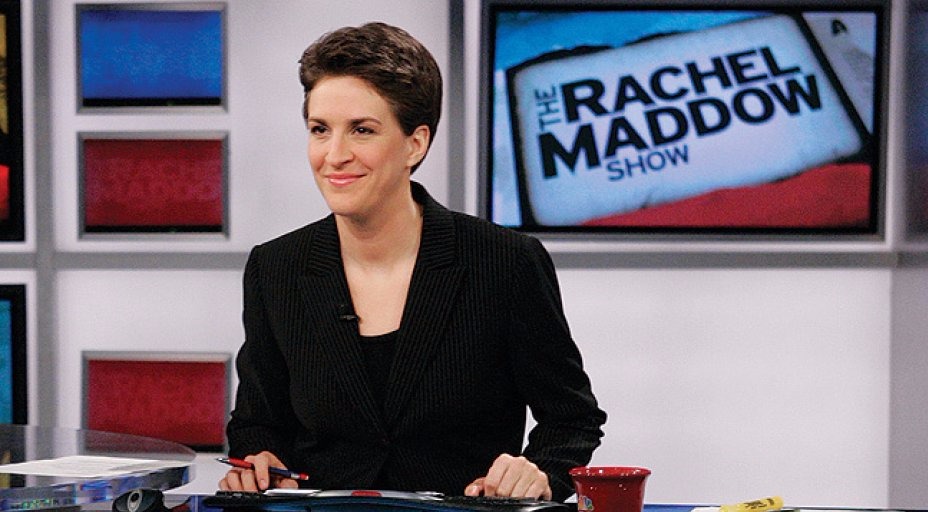 Rachel’s new 2-hour long radio show The Rachel Maddow began airing in 2005. That same year, she joined MSNBC’s Tucker and appeared on Paula Zahn Now on CNN a year later. In early 2008, she became a political analyst at MSNBC and regularly contributed to Race for the White House and Countdown with Keith Olbermann. She hosted her first program when she filled in for Keith Olbermann that year.

The Rachel Maddow Show debuted in August 2008 and Rachel became the first openly lesbian host of a primetime news show. The show doubled the viewers within a month of its debut.

In 2012, her book Drift: The Unmooring of American Military Power was released, and in December that year, its audiobook received a nod at the Grammy Awards in the category of Best Spoken Word Album. The book explores the manner in which the US goes to war has become more secretive & less democratic. 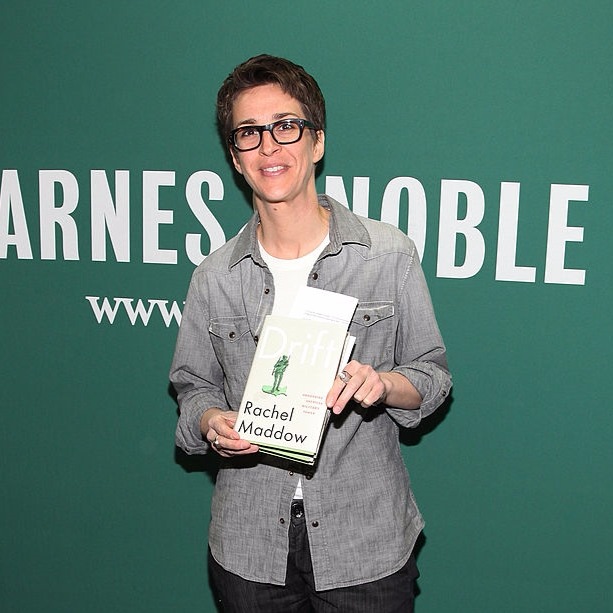 She has also examined how the declarations of war have gradually shifted from being congressionally approved to being centralized in American President’s hand. She earned critical acclaim for her book, with many readers addressing it as ‘worth reading’. The book debuted at the top of New York Times Bestseller list and remained in no. 1 for 5 weeks.

Rachel came out as lesbian at 17. In 2008, she was voted ‘Lesbian/Bi Woman of the Year’ in Visibility Awards. Rachel is presently dating artist Susan Mikula. The pair met in 1999 and now share a home in Massachusetts.

One thought on “Rachel Maddow”