Skip to content
Home » Entertainment » What is Elvis Presley ex-wife Priscilla Presley net worth in 2018?

What is Elvis Presley ex-wife Priscilla Presley net worth in 2018? 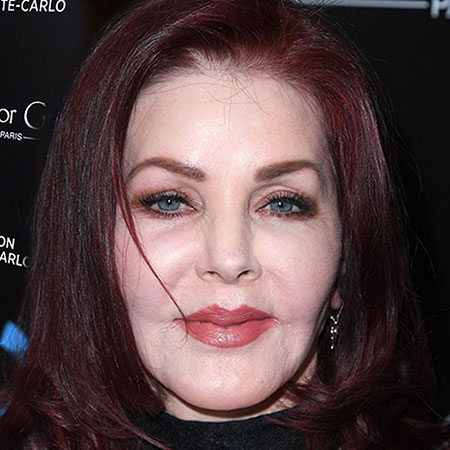 Priscilla Presley is an American actress and businesswoman best known as the wife of the King of Rock N Roll, Elvis Presley.

She was born to Anna Lillian Iversen and US Navy pilot, James Wagner as Priscilla Wagner on May 24, 1945.

Wagner met Elvis for the first time on September 13, 1959, during a party in Elvis’ home in Bad Nauheim, Germany.

It didn’t take them much time to realize that they were meant for each other and Elvis would bring her home late even though her parents disapproved.

The couple exchanged their wedding vows on May 1, 1967, though there were reports of Elvis being reluctant of marriage.

Elvis and Priscilla lived together in Memphis until they separated on February 23, 1972, and filed for divorce on July 26.

Following the divorce, she started a clothing boutique named, Bis & Beau with a stylist, Olivia Bis in 1973.

Even though the shop was successful with celebrity clients like Cher, Lana Turner, and Natalie Wood, it was closed in 1976.

In 1977, after Elvis’ death, Priscilla acted as an executor for his only heir, Lisa Marie.

After having to nearly sell Graceland, she came up with a plan to turn the mansion into a home/museum.

She hired CEO, Jack Soden to turn Graceland into a tourist attraction. After just a few weeks, the estate made back all the money it had invested.

Priscilla became the chairwoman and president of Elvis Presley Enterprises and stated that she would remain in the position until Lisa turned 21.

She helped produce a couple of films, Breakfast with Einstein, Finding Graceland and a 14 track album, If I Can Dream: Elvis Presley With the Royal Philharmonic Orchestra.

As for her acting career, she has enacted in ‘Love is Forever,’ ‘Dallas,’ ‘The Naked Gun’ trilogy,’ ‘Melrose Place,’ and ‘Spin City.’

She was married to Marco Garibaldi from 1984 to 2006 and together they have a son named, Navarone Garibaldi.

As of 2018, Priscilla Presley has garnered a net worth of approximately $50 million.

Ahead of the debut of ‘Elvis Presley: The Searcher’ on HBO, Priscilla and David Porter are scheduled to discuss a two-part Elvis documentary at SXSW 2018 in Austin.