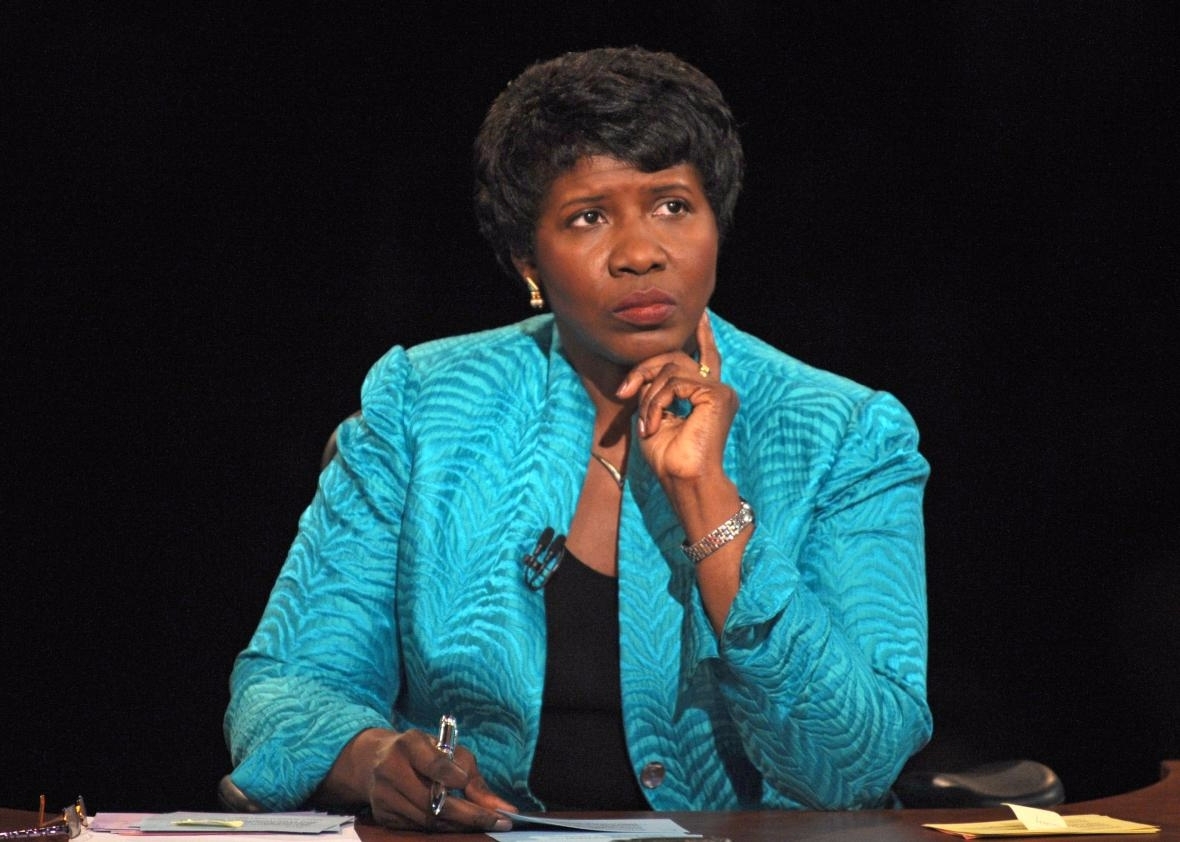 Award-winning political reporter, Gwen Ifill’s sudden death news this Monday on 14th November, 2016 has shocked the world. The reason behind her death is revealed as endometrial cancer. 61 years age, Gwen spent last moment of her life at Washington hospice where she was accompanied by her near and dear ones.

Many famous personalities expressed their condolences on the demise of one of the noteworthy journalists. President Barack Obama also expressed heartfelt condolences to her family saying that “he always appreciated her reporting even when he was at the receiving end of one of her tough interviews’.

Gwen Ifill is a famous television newscaster, journalist and author. She was born on 29th September, 1955 in New York City, New York, United States of America as 5th child of African Methodist Episcopal Minister, Urcille Ifill. As her father’s ministry work requires to travel a lot of places, she has spent her childhood days living in different cities.

After kicking off her career, she started working for other newspapers like Baltimore Evening Sun, the New York Times and the Washington Post. In 1999, she was hired as a moderator of PBS show called Washington Week in Review. Gwen came in notice for the first time in 2004 when she was appointed as moderator of vice-presidential debate between the Democratic candidate John Edwards and the Republican Vice President, Dick Cheney.

For the second time, she held the responsibility as moderator on 2nd October, 2008 which was held between the Republican governor of Alaska, Sarah Palin and the Democratic US Senator, Joe Biden.

Besides being recognized for moderating two important presidential debtates, Gwen Ifill is also known for working as TV presenter. She presented the 32nd News & Documentary Emmy Awards in September, 2011.

Since starting career as an intern to moderating presidential election debates, Gwen Ifill has achieved immense success and fame in her career. No one will deny that she has placed herself a top place in American journalism Universe.

Gwen is also known for her writing work. She has written the popular book titled ‘The Breakthrough: Politics and Race in the Age of Obama’. The book was published on 20th January, 2009 on the special day of President Barack Obama’s Inauguration Day.

The renowned news journalist, Ifill has been awarded with many awards and honors in her long professional journey. In 2008, she grabbed the Peabody Award for her brilliant work on Washington Week. After a year in 2009, she was given honor with First Amendment Award by the Ford Hall Forum.

Considering her longtime dedication and outstanding professional journey in news coverage field, Gwen was inducted into the list of National Association of Black Journalists Hall of Fame in 2012. Likewise, she was awarded with Lifetime Achievement Award by the Women’s Media Center in November 2015.

61 years age prominent journalist, Gwen Ifill was never married. While talking to TIME Magazine in 2008, she said that she doesn’t know why I’m not married.

The most notable media personality, Gwen Ifill is no more in this world. Her sad demise incident held on this Monday on 14th November, 2016 has made many people’s eyes wet. Even she is not present now but her exceptional contribution and work achievement in journalism world will always be remembered.