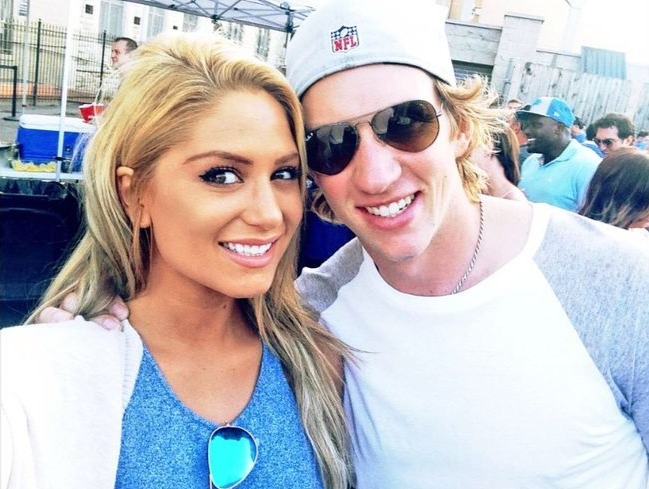 We’re certainly not the one to decide which sport gets the most hype. However, as per our observation, hockey players keep a lower profile than football or basketball players. But it’s not to say that’s a bad thing. It’s just that in the age of Kardashians and star players of other sports, these couples don’t seem to get as much attention as they should.

While few NHL couples like Wayne Gretzky and Janet Jones, Jarret Stoll and Erin Andrews have landed in the media eye, most of the others maintain a safe distance from the media radar and some are still looking for women for marriage. Hang on to us as we list down the NHL couples that no one is talking about.

Justin is the Detroit Red Wings left winger and an alternate captain and was drafted 42nd overall in the 2005 NHL Entry Draft. He has a decent statistics playing with the club which includes a Stanley Cup win, amazing score record, and numerous extensions with fine pay raises.

He got engaged to his longtime girlfriend, Julie Leshkevich, in November 2016 and the couple got married on July 23, 2017. Adding to the joy of the marriage, they are expecting a baby this September.

Miller currently plays for Anaheim Ducks as a goaltender and was drafted in the 1999 NHL Entry Draft by Buffalo Sabres. He is known for his hybrid style of goaltending. Miller tied the knot with ‘Anger Management’ actress, Noureen DeWulf, in 2011.

DeWulf is widely recognized for her roles in flicks such as Ghosts of Girlfriends Past, The Back-up Plan and West Bank Story. The couple welcomed a son, Bodhi Ryan Miller, in March 2015.

Tomáš was drafted 71st overall by the Montreal Canadiens in the 2001 NHL Entry Draft. Currently, he plays for Toronto Maple Leafs. This Czech pro-NFL player was married to actress, model and singer, Lucie Vondráčková, in 2011.

Vondráčková is a successful award-winning Czech singer and a theatre actress. The Couple is blessed with two sons, Matyáš and Adam.

Prust wrapped up his 12-year professional NHL career as a player in 2017 and currently is a coach for his former major junior club, the London Knights. He was drafted in the third round, 70th overall, in 2004 by the Calgary Flames.

He got married to 31-year-old Canadian TV actress Maripier Morin in 2017 after dating for seven years. And if you look at their photographs, you can certainly tell they are made for each other.

The NHL defenceman for the Los Angeles Kings, Phaneuf, and The Girl Next Door actress, Cuthbert, announced their engagement in 2012 and finally got married in 2013.

Phaneuf is a three-time NHL  All-Star and was drafted Calgary in 2003. And well, it certainly doesn’t hurt having a wife who is more popular than oneself. The couple welcomed their first child, Zaphire, in 2017.