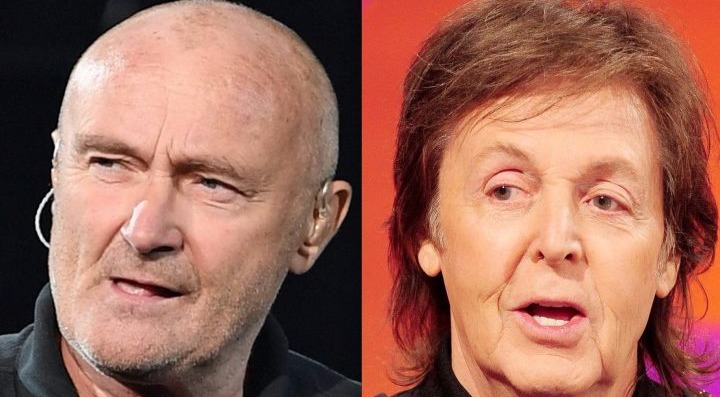 Phil Collins and Paul McCartney are the two musical legends. McCartney was one-time “hero” of Collins, who is no longer a fan of Paul. Recently, Collins has revealed a secret 14-year feud with The Beatles star.

Talking to The Sunday Times, the musician said that McCartney mocked an autograph request fourteen years ago at Buckingham Palace.

Collins, 65, admits he stopped being a fan of McCartney, 74, after the former Genesis’s frontman’s excitement to meet Paul ended in disappointment.

In an interview, Collins said, he asked McCartney, who’s with his then-wife Heather Mills, to sign a Beatles book & was horrified when he met with a snarky response.

The singer recalled, “I met him when I was working at the Buckingham Palace party back in 2002. McCartney came up with Heather Mills and I had a first edition of The Beatles by Hunter David and I said, ‘Hey Paul, do you mind signing this for me?’ And he said, ‘Oh Heather, our little Phil’s a bit of a Beatles fan.’ And I thought, ‘You f**k, you f**k.’ Never forgot it.”

Collins added, “McCartney was one of my heroes. But he has this thing when he’s talking to you, where he makes you feel like…. ‘I know this must be hard for you because I’m a Beatle. I’m Paul McCartney and it must be very hard for you actually be holding a conversation with me’.”

The singer opened up about the incident and 14-year-long feud followed afterward, while promoting his new autobiography “Not Dead Yet”. The title signifies his serious battle with booze, which he describes in the book, noting that it took ‘until 55 years of age to became an alcoholic’ for him.

Here’s a sneak peek behind the scenes at the cover shoot for Phil’s memoir, Not Dead Yet, out this month. Learn more https://t.co/ffpZtzrNYT pic.twitter.com/rqqFm0Om9f

The Grammy-winning singer now occasionally drinks wine but avoids spirits in his attempt to be a good dad to his young boys – 15 years old Nicholas, and 11 years old Matthew, born with the third wife Orianne Cevey. Phil married Orianne Cevey and divorced amid $46 million settlement (the most expensive British divorce at that time) but reconciled a few years later.