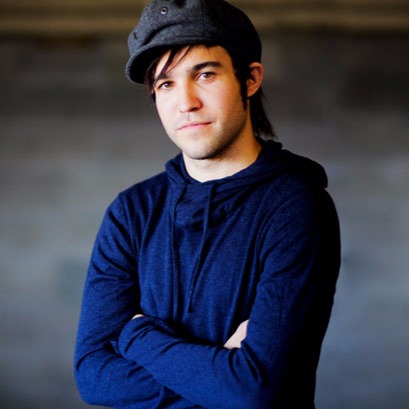 Pete Wentz is an American musician popular for being a bassist and primary lyricist for the Chicago-based band Fall Out Boy. Pete is the founder of the electropop band Black Cards and also has his own record company known as DCD2 Records.

Peter Lewis Kingston Wentz III was born in Wilmette, Illinois. He belongs to an English, German and Afro-Jamaican descent taking his parent’s originations into account. His parents tried their best on convincing him to pursue his career in sports but instead he developed a strong inclination towards music.

Before his Fall Out Boy fame, from 1998 to 2002 he was linked to Chicago hardcore punk scene, which gave rise to the band Arma Angelus. With the coordination of bassist Joe Trohman, he founded the pop-punk band Fall Out Boy.

In 2002, the band released an eponymous album, followed by a mini LP called Fall Out Boy’s Evening Out with Your Girlfriend. The second album was on top of the records and later they also welcomed the third album named From Under the Cork Tree. From 2002 till 2010 he climbed the success ladder with rapid speed. In 2010, he formed the ska/electropop band, Black Cards, with Bebe Rexha, Nate Patterson, and Spencer Peterson.

Pete has written – ‘The Boy With the Thorn in His Side’. Music and writing aren’t the only main part of his profession, he is also involved in business and acting. He has his own merchandise line and owns a night club. He was in a multi-episode arc of the show One Tree Hill and had a brief cameo appearance in Californication.

Pete suffers from bipolar disorder and has been under the medication from the age of 18. In 2006, he started dating singer Ashlee Simpson. After dating for 2 years, the couple announced their marriage soon and reportedly got married on May 17, 2008, at Simpson’s parent’s residence in Encino, California. Right after two weeks of marriage, the duo announced their news about Ashlee’s pregnancy.

Ashlee gave birth to their son,Bronx, on November 20, 2008. Everything was running quite smoothly, but suddenly they shocked the world with their decision for divorce on February 8, 2011. Prime reason behind their sudden divorce was cited as irreconcilable differences. Their divorce was finalized on November 22, 2011.

After the divorce, he dated Meagan Camper and their relationship was made public on February 17, 2014. After a very short period of dating, Camper announced the news about their first child. Their son, Saint Laszio, was born on August 21, 2014.

Apart from being a musician, Wentz has also been associated with charities. He is a strong supporter of Invisible Children, Inc., the organization is dedicated to helping the cause of displaced refugees in Uganda. Previously, he was an outspoken critic of California’s Proposition 8.Pete Wentzis also a spokesperson for The Jed Foundation’s Half of US campaign, which is aimed at lowering the rate of teenage suicide.