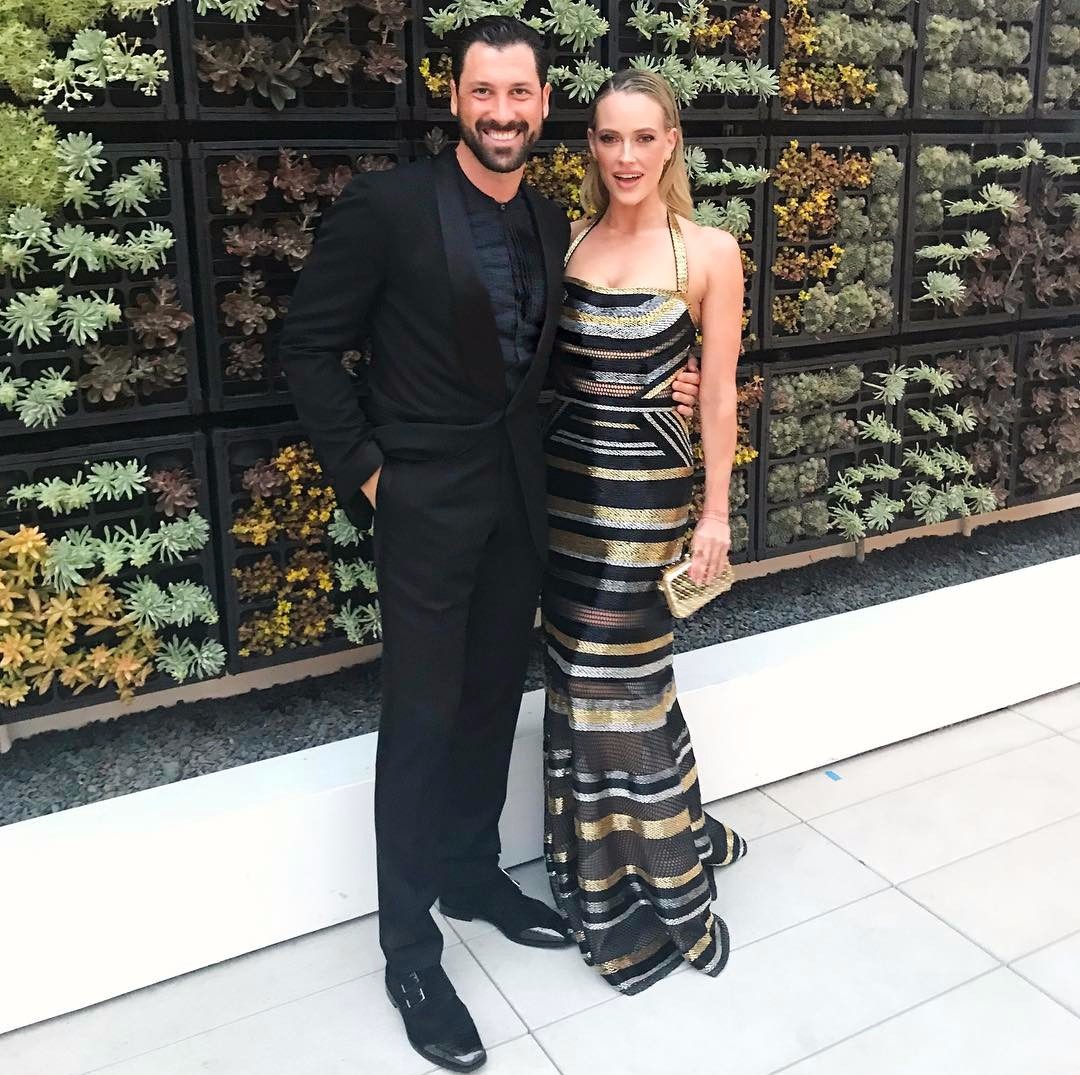 Dancing with the Stars alum Peta Murgatroyd and Maksim Chmerkovskiy got married on July 8 in New York. The couple, who have a son together, have been together since 2012 and engaged since 2015.

They had a lavish ceremony at the Oheka Castle in Huntington, New York. Murgatroyd looked princess-like in a Karen Sabag Couture ball gown, which she purchased during her first Ukraine trip. The groom was dressed in Tom Ford.

“It was everything we ever dreamt of,” said Chmerkovskiy to USmagazine. “The whole experience, the three days were just absolutely incredible. I wish we could do it all again,” said Peta.

The ballroom was designed with white floral arrangements by Danitte Beegel from Metro Floral Decorators. The cake, which was made by Daniel Andreotti, was also decorated in flowers.

The newlyweds kept the party going the following day and reunited with their guests for a Sunday brunch.

Peta Murgatroyd’s pregnancy details! How did she maintain her figure?