Paul Teutul Sr. & Paul Jr. back together for good 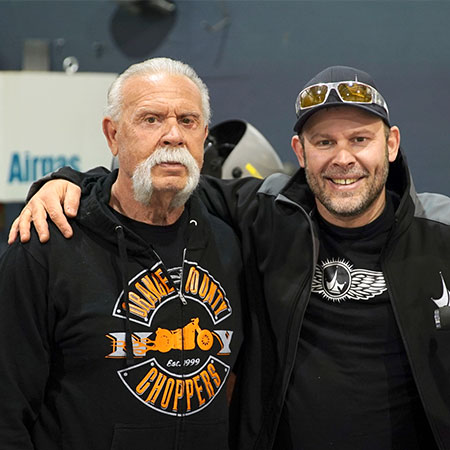 After five years, American Chopper is back with its new season along with the improved relationship between Paul Sr. and Paul Jr.

May 28 episode entitled, Getting the Bike Back Together, showed Sr. and Jr. working on a badly beaten Yankee bike together.

In a recent episode, Paul Sr. opened up that he and his father never spoke to each other properly, but felt guilty when he talked to him on his deathbed.

Along with admitting to have communication issues with Jr., he also said that he wants to make everything better.

Paul Jr., who was happy about his father’s confession, stated that his actions have spoken how much he loves him.

Bringing ‘American Chopper’ back to the screen after a 5-year hiatus wasn’t certainly easy.

This season, fans will likely get to see how the father and son duo try to mend their relationship to make it work in the shop again.

The fiery relationship between them was a centerpiece of the show’s original run, which would later lead to take the show off air.

Successfully, the father-and-son duo has since been able to mend their shattered relationship to revive their famous series.

Craig Piligian, the executive producer, who was not originally slated to be a part of the reboot, somehow acted as a mediator.

Piligian, who was quite familiar with them was called in to bring them back together. He said that bringing them together wasn’t that easy.

Though there were rumors that the original drama was played up for cameras, their relationship was incredibly strained after the show went off the air.

Paul Jr. left Orange County Choppers and went on to start his own bike shop, Paul Jr. Designs, and even called him his dad a “monster.”

However, things have gotten better, and Paul Sr. told New York Post that they are now closer than ever before.

In the preview episode of ‘American Chopper,’ Sr. stated that he and his son love each other and can be around each other, but not necessarily in a work setting.

It means, we will get to see them both holding their own businesses, at least not in rivalry terms life before.