What’s Paul Teutul Jr. up to in 2017? New season of American Chopper coming 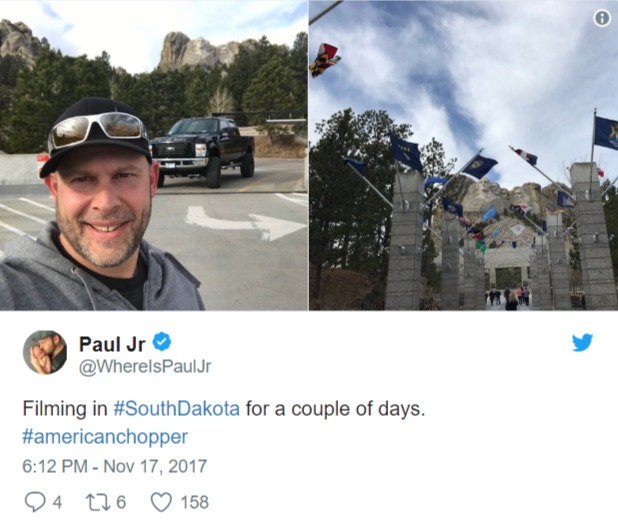 Paul Teutul Jr. is the famous motorcycle master who has been bending metals since he was 12.

He was a chief designer and fabricator at Orange County Choppers, the shop he co-founded with his father, Paul Sr.

But the two had a falling out, and Jr. started his own design company called Paul Jr. designs in 2010.

Even after the father-son fight, they continued to appear in the Discovery show, American Chopper.

With the new season of American Chopper on the horizon, fans are wondering what Paul Jr. had been doing all these years.

Well, he is still happily married to his wife, Rachael Biester Teutul and became a father to a son, Hudson Seven Teutul on February 3, 2015.

Seems like he has mended the relationship with his estranged father and their bond may be stronger after working on the show.

His company, Paul Jr. Designs, created bikes for the game, World of Warcraft and 2016 movie, Teenage Mutant Ninja Turtles: Out of the Shadows.

Paul released a book on November 7, 2017, titled The Build: Designing My Life of Choppers, Family, and Faith.

He is currently filming in South Dakota for American Chopper.

Discovery revealed that he is stressed for the sustainability of his company because of the rough economy, especially now that he is a father.