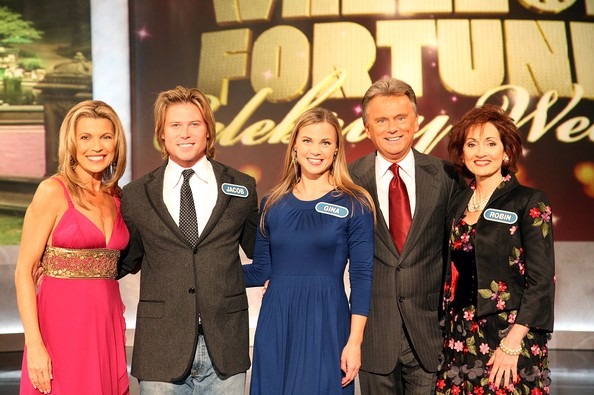 Pat Sajak is an American TV personality, former weatherman and talk show host best known as the host of the game show, Wheel of Fortune.

Alongside his fame as the host of globally famous game show, there is more to his story. Let’s get into it.

Patrick Leonard Sajdak was born on October 26, 1946, in Chicago, Illinois to Joyce Helen and Leonard Anthony Sajdak, a factory worker.

He graduated from Farragut High School and then attended Columbia College Chicago.

While at college, he worked as a desk clerk at the Palmer House hotel.

His journalism career began when he was hired to work as a newsman from midnight to 6:00 AM by local radio station WEDC.

In 1968, he joined the US Army and served as a disc jockey for American Forces Vietnam Network during the Vietnam War.

He later worked as a DJ in various stations, one of which was WSM in Nashville.

WSM-TV then cast him as a voice-over artist where he was a news anchor and substitute weatherman for NBC’s ‘Today Show.’

He was later offered to work as a full-time weatherman in Los Angeles-based KNBC-TV.

Sajak’s opportunity of a lifetime came when he was asked to host Wheel of Fortune in 1981.

He hosted the both the daytime and syndicated evening version of the show from 1983 to 1989 and continues to host the latter version with Vanna White.

Sajak tried his luck in acting in 1982 playing a role of newscaster in the comedy film, Airplane II.

He has also been credited for appearing in NBC daytime soap opera ‘Days of Our Lives’ and CBS sitcom ‘The Kings of Queens.’

As the co-host of Wheel of Fortune, he earns an annual salary of $12 million and has already accumulated a net worth of $55 million.

He owns two luxury residences, one in Severna Park, Maryland, and the other in L.A., California.