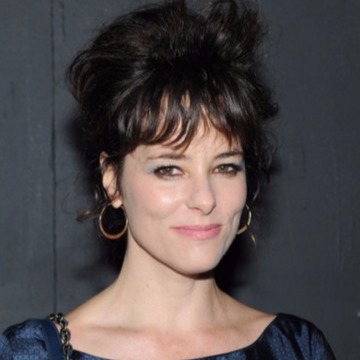 Often referred to as “Queen of the Indies,” Parker Posey has graced Hollywood by starring in over two dozen independent feature films since her debut in Richard Linklater’s Dazed and Confused in 1993. She has won over the hearts of millions worldwide by displaying an exceptional beauty that she is with the ability to embrace comically bizarre roles.

Parker was born to Lynda and Chris Posey on 8 November 1968. She grew up with her twin brother Christopher. Suzy Parker, the 1950s model, inspired her to name herself Parker Posey. Furthermore, she spent 11 years of her childhood in Monroe, Louisiana, and later moved to Laurel, Mississippi.

Posey studied drama at the State University of New York at Purchase. She screened as Tess Shelby in As The World Turns for her television debut. She had her first feature film with a major role in 1993 in the movie, Dazed and Confused. The film was well-received by the critics and was labeled a cult classic for its uniqueness.

After her short film with Adrienne Shelley, Opera No. 1, Parker was seen in 32 independent series, which helped her get the nickname Queen of the Indies. Those films include Clockwatchers, Party Girl, Personal Velocity, and The House of Yes.

In the late 90s, Parker performed in Hartley’s Henry Fool and the big-budget studio film, You’ve Got Mail. She co-starred in Christopher Guest’s films, including five of his mock documentaries.

Parker’s big-budget horror film, Scream 3, got her nominated for an MTV Movie Award and many appraise from the critics. Parker has played an antagonistic role in the movie Josie and the Pussycats. She appeared in a supporting role in NBC’s popular sitcom Will & Grace for a year.

After doing a handful of movies in early 2000, including A Mighty Wind, Sisters of Mercy, Law of Attraction, Blade: Trinity, and Adam & Steve, Parker signed for Superman Returns in 2006. She appeared as Kitty Kowalski, a character based on the 1978 film Superman. The film became a box office hit. That same year, Parker played the lead character in Henry Fool’s sequel, Fay Grim.

Posey appeared as a lead in the TV series, The Return of Jezebel James. But the show was cut off after three episodes due to financial and low rating reasons. Another of her venture, Fruitcake, was also canceled due to the low budget problem. The movie was to be set in her hometown – Baltimore, Maryland.

In 2012, Posey came up as Louis C.K.’s love interest, Liz, in the third season of Louie. Many critics appraised her performance. The same year, she was honored with the Acting Award at the Provincetown International Film Festival.

Posey appeared in Hartley’s Fool series, Ned Rifle, reprising her previous role as Fay Grim. She also acted in Woody Allen’s mystery drama, Irrational Man, released at the 2015 Cannes Film Festival. After the movie was released, Posey revealed that Parker had considered quitting acting. Moreover, she said, the industry was turning into a world market from the independent market.

She will be appearing as Dr. Smith in Lost in Space for her next release in 2018. The series would be the Netflix remake of a 60s TV series. Posey has a high passion for music and has sung for several movie tracks. She has also contributed her vocal to her ex-boyfriend Ryan Adams’ song.

Parker Posey never married. Is she a lesbian?

But when it comes to marriage, she has yet to walk down the aisle, and it seems like she is nowhere near it. Posey is yet to go official about her relationship status, but rumor has it that she is not single.

It’s still unknown who her secret lover is, but looking at her dating history, we can say that Parker Posey is not a lesbian.