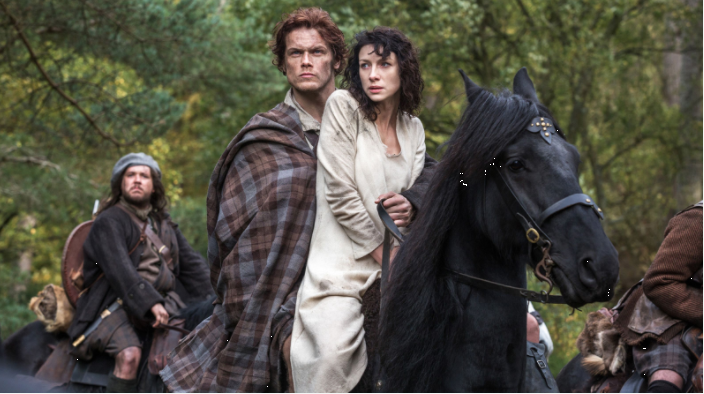 On Monday, Starz released an official trailer for Season 4 of Outlander, based on Diana Gabaldon’s Autumn of Drums, the fourth book in the Outlander novel series. Season three ended with a violent shipwreck, and the new season brought about a lot of excitement.

As Jamie and Claire will work to build their new homestead in colonial America in the 18th century, their daughter, Brianna Randall, will face even greater issues in the 20th century. Jamie and Claire’s expectation of living with Jamie’s family in North Carolina seems relatively short-lived as it gives way to the conflict, including the brewing American Revolution.

The new trailer, which starts with a hopeful and romantic plot, becomes darker, introducing significant characters. The video also introduces Stephen Bonnet, well-known among the book readers as the most sinister villain who crosses paths with the couple.

The major twist in the new season is that the show will bring back fan-favorite character Frank Randall, who died in the show long ago. We might see Frank in the flashback as we haven’t seen more father-daughter moments in the last series.

What Can We Expect from Outlander Season 4? Premiere Date Revealed!

In the full-length trailer, we heard Frank giving Bree words of encouragement! Besides, when she steps up to the stones to travel through time while getting dressed in 18th-century clothing.

Along with all the twists and turns that followed the new season, there will also be a ton of Brianna and Roger’s drama. While the couple search for proof of Bree’s parents’ reunion in the 18th century, they make a shocking discovery, making them consider following in Claire’s footsteps. The major plot per Diana’s Drums of Autumn is the rape of one of the main characters, Bree.

Outlander gained a green light for seasons 5 and 6 at Starz! Details here

Lots of emotions, rivalries and, of course, the intimate chemistry of the characters present themselves in the series. Moreover, the show will bring out all that fans have been expecting. The show already gained a go for two more seasons, taking it through season 6. Season 4 will air on November 4 at 8 PM with 13 new episodes. Furthermore, which will also be available for streaming on the Starz app.

Tobias Menzies is set to return in the upcoming Outlander season