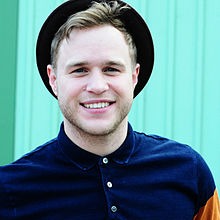 Olly Murs is a famous English-born singer. He appeared in one of the seasons of X-factor.

Murs was born in Witham, Essex, England on 14 May 1984 (age 32) to father Pete Murs and mother Vicky-Lynn Murs. He grew up in the unpredictable weather of England with a twin brother Ben Murs and a sister named Fay Murs.

Actually, Olly’s ancestors are of Latvian descent. They moved to England after the Second World War.

Murs had been dating the model Francesca Thomas from 2012 to 2015. But, the relationship did not work out well for either of them.

Olly Murs has been into music since the very early age. However, his fame rose significantly since the amazing performance he showed in the X-factor 2009. In fact, Olly managed to get into the finals, but he lost with Joe McElderry.

Besides, Olly has been involved in making singles such as Trouble Maker, Please Don’t Let Me Go and Grow Up.

Olly Murs significantly rose to fame from his hit music releases. Recently, Olly Murs has hit 7.45 million followers on Twitter and 1.7 million followers on Instagram. Moreover, the number of fansor audience, his live concerts attract is something really fascinating. It shows the widespread fame of this 32 years’ old singer.

Olly Murs became more loved by the fans because of his works for noble causes. He has been into philanthropic activities since this early age. He participated in the BT Charity Trek. Likewise, Murs also appeared in Who Wants To Be A Millionaire? And won £10,000 and donated it to a charity.

Olly Murs has a fascinating way of living a celebrity life. Of course, he goes for tours – whether it be music related or just holiday fun. Besides, Olly likes to listen to songs of legendary musicians of the world.

A fascinating thing about Olly is his interest in football. He even played for England in a charity match at Old Trafford. The match helped raise millions for Soccer Aid. Since 2010, he has played those matches four times alongside some of the legendary players of the world.

Olly’s participation in Men’s Cycling Elimination and Rhythmic Gymnastics takes his interest for sports to a new level. Olly, as evident, is indeed a multi-talented person.