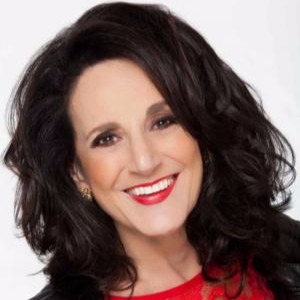 English actress and broadcaster, hailing from London Borough of Hackney, Lesley Joseph, 71, who is the oldest ever female contestant to hit the Strictly Come Dancing’s floor,has become the 5th celebrity to be eliminated from the competition.

Joseph has been voted off the competition after losing to Daisy Lowe in the feared dance off. The Birds of a Feather actress found herself in the bottom after scoring lowly twenty-four points for her Tango to Whatever Lola Wants with Anton Du Beke.

However, to everyone’s surprise, she faced model Daisy, who scored healthy thirty-two points on Saturday’s episode – attesting that the public vote can be cruel.

After Daisy & Aljaz Skorjanec performed their Charleston to Happy Feet by Manhattan Rhythm Kings, the judges unanimously voted to secure her place.

You have to hand it to them, this is one charming Charleston! #Strictly

Judges’ comments at the end were like they were really in difficult time to decide which couple to save, however, all of them finally made the same choice.

Craig Revel Horwood said, “I love both the couples for completely different reasons. But for me tonight, for precision, for an improved performance in this particular Dance Off, and finishing on time, the couple I would like to save is Daisy and Aljaz.

Is the future bright for Lesley and @mrantondubeke? #Strictly

Bruno Tonolini made the same choice: “Well I love both of these girls for many different reasons. They’re gorgeous look at them. But I have really chosen the stronger dance on every aspect – technique and performance. And for that reason, I am choosing to save Daisy and Aljaz.”

Darcey Bussell also supported Bruno and Craig and released a statement, “Again this is very difficult, I wouldn’t want these two couples here at all, and to choose between them is every difficult. But the couple I would like to save on their cleanliness and the quality of their dance that stood out to me is Daisy and Aljaz.”

Finally, head judge Len Goodman too agreed to his colleagues and said, “I did agree. I would have saved Daisy and Aljaz.”

When presenter Tess Daly asked how she felt for being eliminated, Lesley said, “Learning a new dance every week has just been lovely, working with him (Du Beke) has been an absolute joy and we’ve laughed a lot.” This year makes Du Beke’s fourteenth Strictly season without a winning.

The remaining 10 pairs will return next week for the special spooky Strictly as the floor turns Halloween themed.