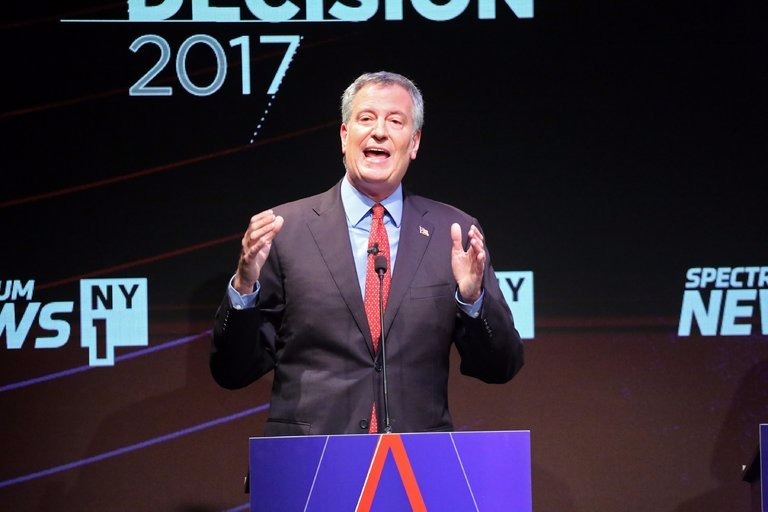 NYC Mayor Bill de Blasio and his counterparts sparred for over an hour on Tuesday in this year’s mayoral debate, that included boos and jeers from the audience directed at Blasio during his opening statement.

“Sometimes there are elections where people feel that the candidates are all alike,” said the Democrat. 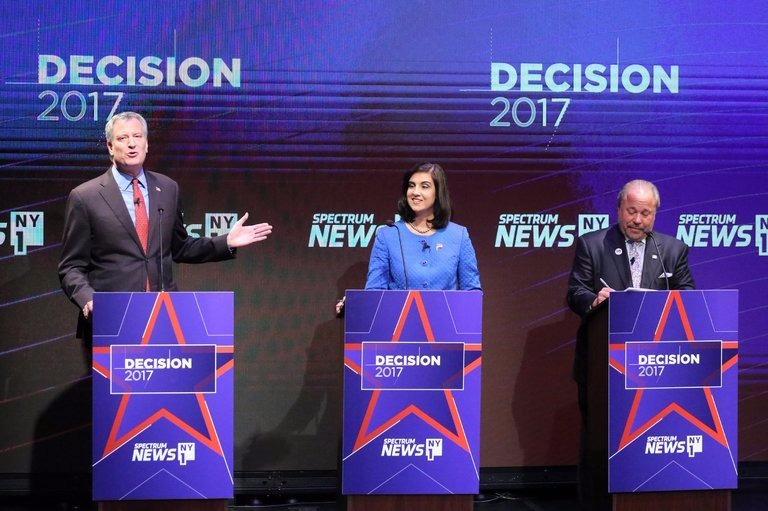 When fellow nominee Assemblywoman Nicole Malliotakis accused him of being absent in the city after the assassination of NYPD oficer Miosotis Familia, Blasio maintained that he had visited the hospital and spent time with her family before flying to Germany the following day.

Blasio rained down on independent candidate Bo Dietl after he tried to explain his comparison of de Blasio’s wife Chirlane McCray and a black female judge.

Dietl claimed that he meant the judge looked familiar to McCray, which Blasio interrupted by saying, “If you say a judge is going to make a decision based on her gender or the color of her skin, you’re no better than Donald Trump.”

The mayor has a 44 point lead over Malliotakis and a much wider lead over Dietl and it doesn’t seem that the debate has shifted the dynamics of the race.