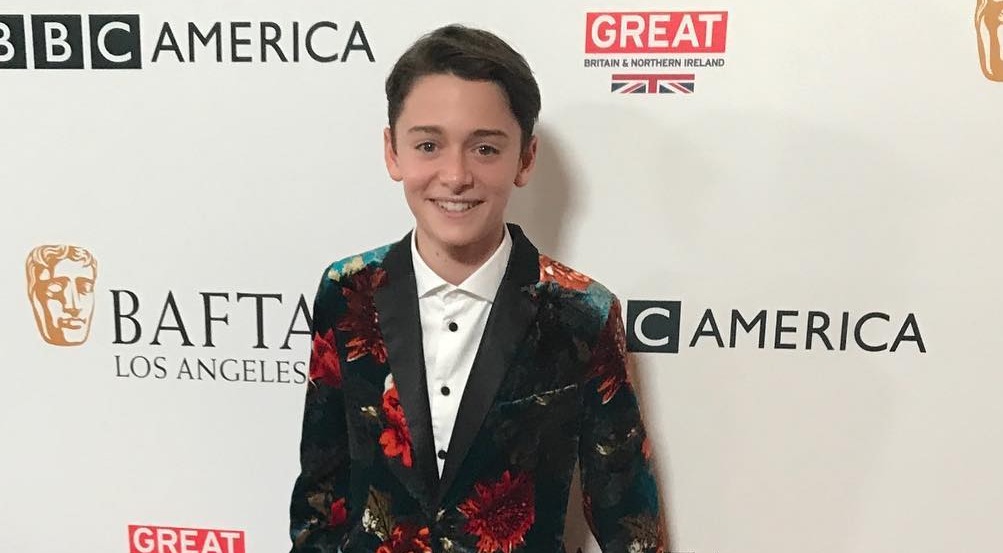 Noah Schnapp has been wowing the audience with his fine acting skills. His net worth has been a topic of great interest to many people as he has appeared in several movies and TV shows at a young age.

Noah Schnapp is a millionaire

Noah Schnapp is an American actor who was born on October 3, 2004, in Scarsdale, New York. Just like many other actors, he started his acting journey from school and community theaters. He launched his professional acting career in 2015 portraying the role of Roger Donovan in the thriller movie, Bridge of Spies.

After getting into acting professionally, he has worked in various commercials too. Furthermore, he has also worked as a voice artist.

Everything you need to know about Iain Armitage, the young Sheldon Cooper from Young Sheldon

He gave his voice to the role of Charlie Brown in the 2015 film, Snoopy and Charlie Brown: The Peanuts Movie, and in the video game, The Peanuts Movie: Snoopy’s Grand Adventure. He also voiced Jay (one of The Blues) in The Angry Birds Movie. It has been revealed that his voice will be featured in the upcoming movie, Inside Out 2. 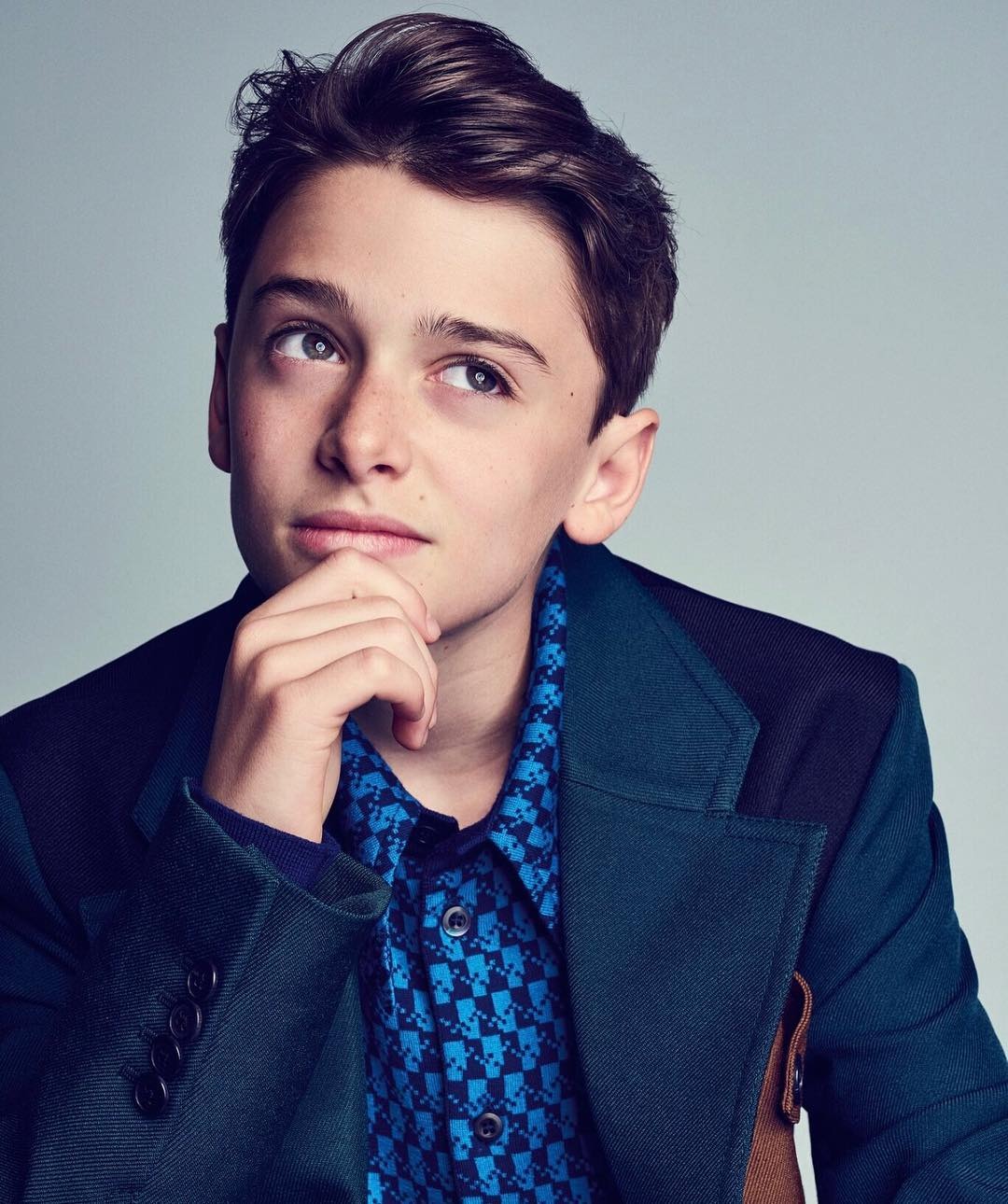 Noah has also appeared in the music video of Panic! at the Disco’s 2016 song, LA Devotee. He has shot the lead role of Henry in the new feature, Loveless Fable.

Noah rose to prominence after he appeared in a recurring role for the first season and in the main role for the second season of the Netflix’s Stranger Things. He has already been signed for two upcoming movies, We Only Know So Much and Intensive Care.

His work in several movies and series as an actor and voice actor has helped him to accumulate a net worth of $1 million so far.

Noah Schnapp addresses the rumor of Will Byers being gay

Noah Schnapp, Stranger Things’ Will Byers, caught the eyes of the viewers after he appeared as a recurring character in the first season of the Netflix series. After Will was abducted by a horrifying monster in the first season, during the momentary absence of the character, persistent speculations were made of Will being a gay. 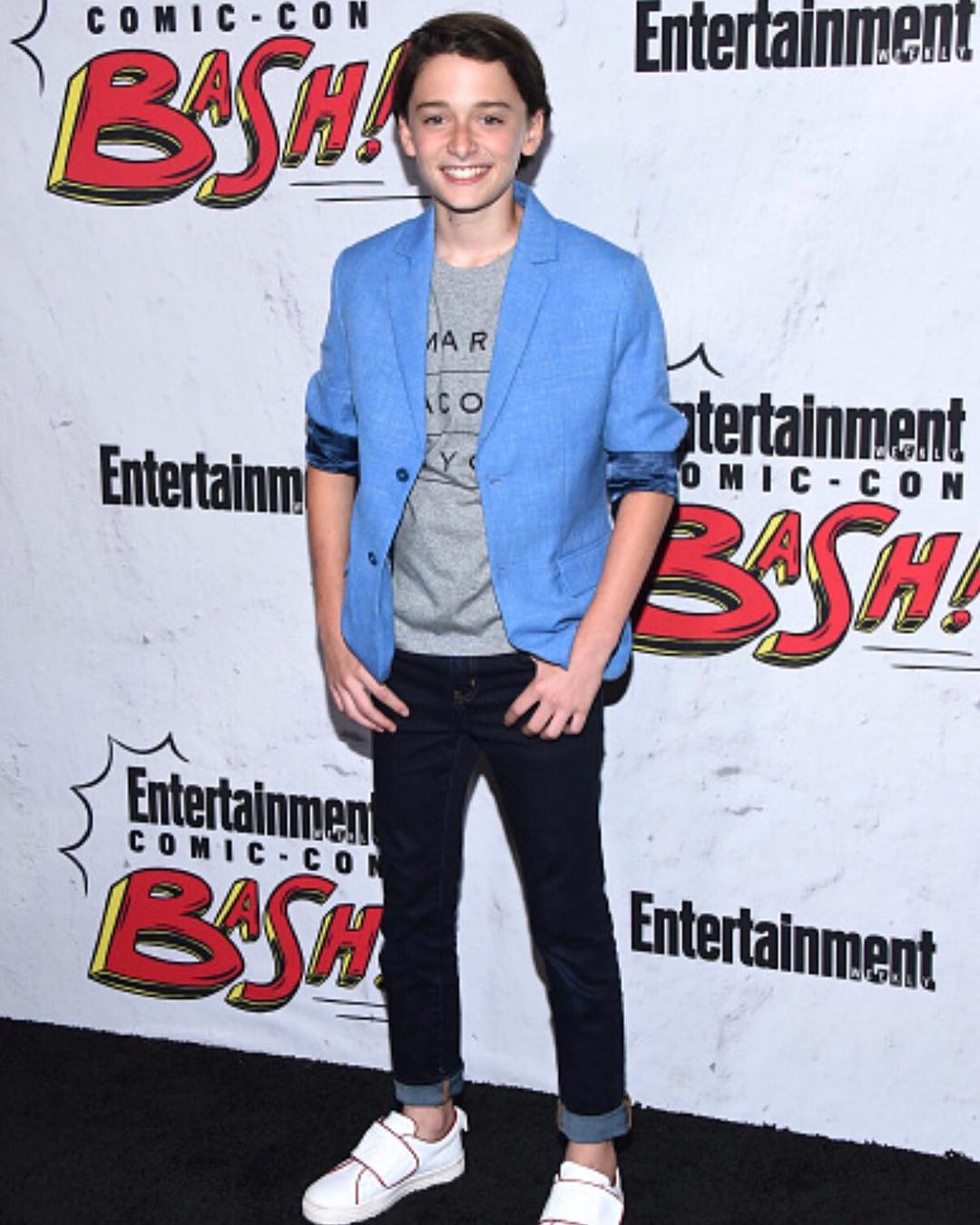 Later, on October 16, 2016, Noah took to Instagram to address the rumor of Will Byers’ orientation. He shared comments of Twitter users and captioned the post, “So I thought it would be time to jump into the conversation. I’ve been reading stuff for a while. I think everyone here is missing the point. An author called Gary Schmidt came to speak at our school this week and he said that good stories aren’t supposed to leave you with answers because then you never question yourself and you forget about it. A good book, or a good show leaves a lot of unanswered questions but makes you think. Which is what you are all doing. For me, Will being gay or not is besides the point.” 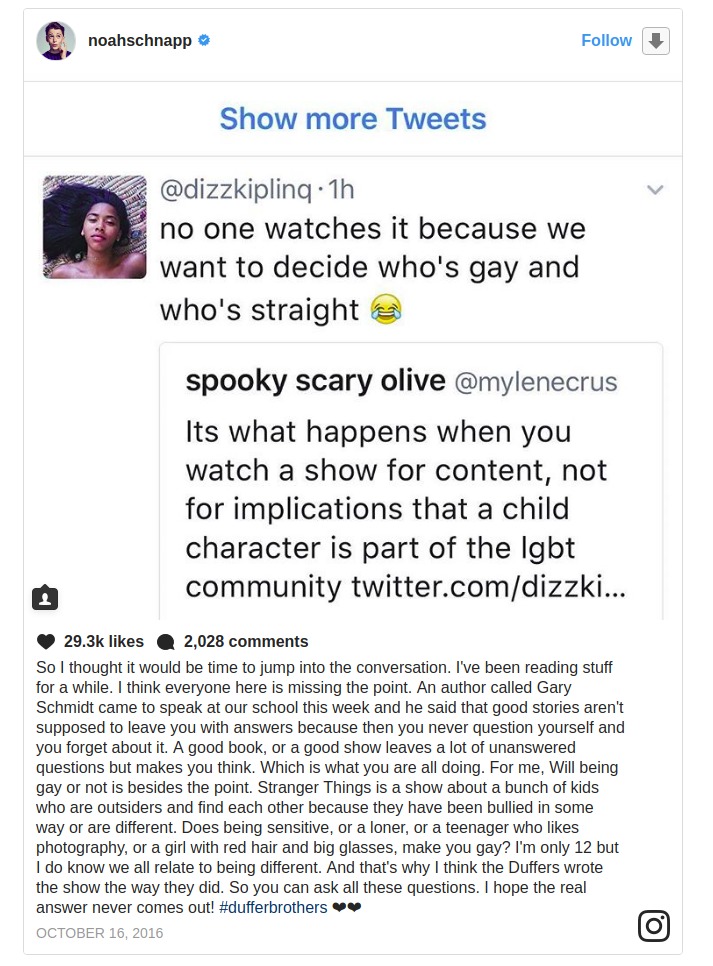 Further continuing he wrote, “Stranger Things is a show about a bunch of kids who are outsiders and find each other because they have been bullied in some way or are different. Does being sensitive, or a loner, or a teenager who likes photography, or a girl with red hair and big glasses, make you gay? I’m only 12 but I do know we all relate to being different. And that’s why I think the Duffers wrote the show the way they did. So you can ask all these questions. I hope the real answer never comes out! #dufferbrothers.”