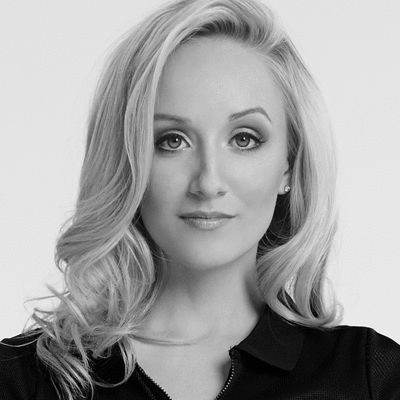 The gorgeous couple, Nastia and Matt is often spotted together. Anyone can take a glance of the couple’s romantic moments from Nastia’s Instagram post. Also, Nastia shared the photo on her Instagram, where she is trying a bridal gown.
It seems they are planning to take their romantic chemistry to the new level of marriage.

In an interview to the People Now, Nastia revealed her big wedding plan, which is going to happen in summer of 2017. Take a look!

Nastia's interview with People Now, which gives you the details of her wedding plan.

The Russian gymnast has won various gymnast events and received gold, silver, and bronze medals. She is the champion of 2008 Olympics. However, she retired in 2012.

Her boyfriend, Matt Lombardi, is also from the same field as her. Matt is also from the Athlete background. He is a former Boston College hockey player, and co-founder of Venture Up, a sports team coaching platform for athletes.

The Olympic gymnastics champion Nastia Liukin and her boyfriend, Matt Lombardi, is planning to tie the knot very soon. The couple appears to be doing great together, waiting for the big wedding day, which seems to go to be happening in near future. Congratulations in advance to Nastia Liukin and Matt Lombardi!!

Nastia Liukin, the Olympic gymnastic champion is finally engaged to her boyfriend Matt Lombardi. Nastia shared the beautiful picture of her delighted moment, where she flaunted her engagement ring through her Twitter account.

The alluring couple, Nastia Liukin and Matt Lombardi are eagerly awaiting for the big wedding day which is yet to be scheduled

Nastia amazed all her fans through her announcement of her engagement. Nastia announced it through the social site in Twitter for the first time on June 2, 2015. According to the source, Nastia was earlier found dating with skater Evan Lysacek.

On June 2, 2015, she posted a photo with a caption “So this just happened…” The photo shows her hand with a beautiful ring on her finger, Nastia and her boyfriend, Matt Lombardi, in the background.

Nastia Liukin said, “Matt proposed last night in Boston with a beautiful ring he designed himself.”

Furthermore, she added, “He told me we were going to celebrate together, and to my surprise, my parents, best friend and his family and best friend were waiting there to celebrate with us. We are both very excited for our future together.”

You make me happy… Counting down the days, again. Miss you @mattlombardi24 ❤️ @rutheileenphoto

Nastia told to E! News, “I’m actually in a long-distance relationship, so he lives in Boston and he comes out to LA every few weeks when he can.”

Nastia’s happiness was no bound as she recalled her father, and said, “Something my dad actually taught me a thing that ‘you’ll make time for whatever and whoever is important to you’.”