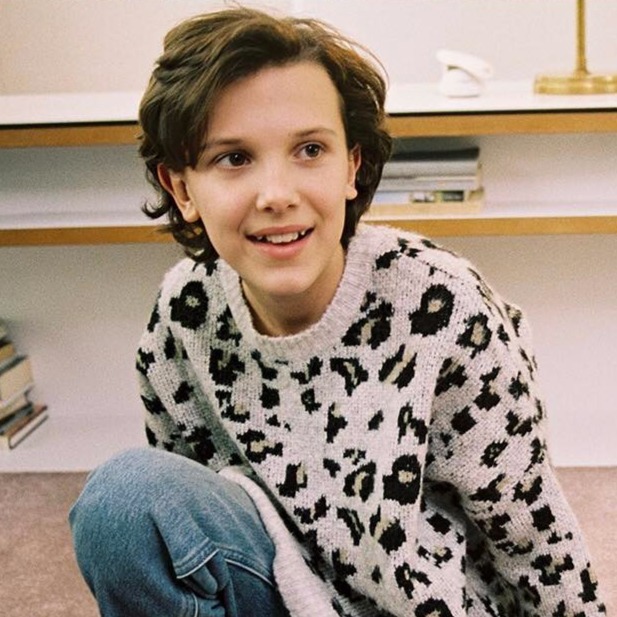 Millie Bobby Brown is an English actress who is best known as Jane ‘Eleven’ Ives from the hit Netflix sci-fi drama series, Stranger Things. She appeared as a lead actress in all of the 8 episodes of the series’ debut season, which was released on July 15, 2016. For her breakout role, she was nominated for the Outstanding Performance by a Female Actor in a Drama Series award at the 2017 Screen Actors Guild Awards.

Millie was born in Marbella, Málaga, Spain on February 19, 2004, to English couple Kelly and Robert Brown. She and her three siblings were raised partly in Bournemouth, Dorset in the UK and Orlando, Florida in the US. She is presently based in Los Angeles, California. 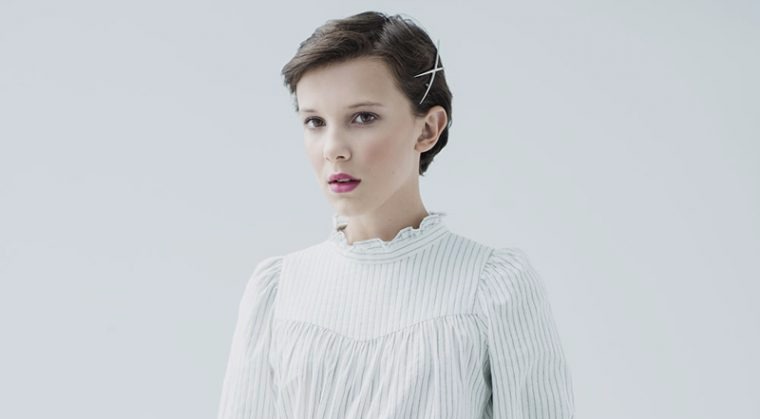 When she was 9, Millie made her debut appearance in the ABC series Once Upon a Time in Wonderland as Young Alice. She went on to star as a guest in other American television series such as NCIS, Modern Family, and Grey’s Anatomy. In 2014, she portrayed Madison O’Donnell in BBC America’s Intruders.

Millie had her career breakthrough at the young age of 12 in the critically acclaimed series Stranger Things. Along with the cast, she received the Screen Actors Guild Award for Outstanding Performance by an Ensemble in a Drama Series in 2017. She will be reprising her wildly successful role in the upcoming second season.