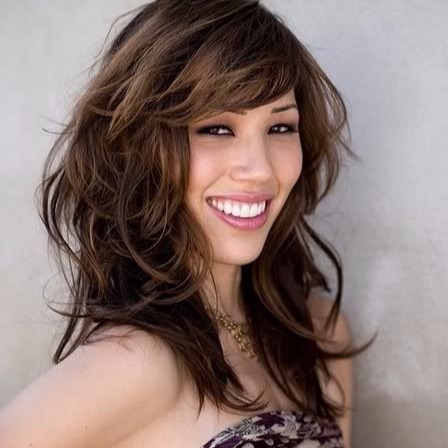 An amazing lady blessed with both beauty and talent, Michaela Conlin is widely recognized for her exceptional performance as Angela Montenegro on Fox’s crime comedy-drama series Bones. She is also popular for playing the role of Detective Heidi Sobel in 2011 drama movie The Lincoln Lawyer.

Michaela Conlin was born on 9th June1978 in Allentown, Pennsylvania, United States of America. She was passionate about acting since a small age. Consequently, she gave her first stage performance at an early age of 6, following which she has appeared in numerous stage productions.

Conlin received her high school graduation degree from Parkland High School. While studying there, she performed in several productions of The Crucible and Bye Bye Birdie.

In 1996, she shifted her location to New York where she decided to study acting. Soon after getting settled in New York, she was accepted by New York University’s Tisch School of the Arts. Eventually, she showed off her extraordinary acting skills by appearing in several theatrical productions at Atlantic Theater Company.

Soon after completing graduation from New York University, she was selected to be a part of cable documentary series called The It Factor. Subsequent to her first acting role, she shifted her place to Los Angeles, California where she got her breakthrough role in ABC drama series MDs. She received wide appreciation from all audiences for showing her outstanding performances in the series.

Michaela became more popular when she portrayed the character of Jinette McMahon in the TV series The D.A. Besides, she has proved herself as a successful actress on the big screen movies. Her first movie performance came as Cara in 2001 crime drama movie Love the Hard Way.

Soon after making the debut, she started getting other movie roles. Her other noticeable movie performances came in the movies Pipe Dream, Garmento, Enchanted and The Lincoln Lawyer.

Michaela Conlin was born to Chinese mother and father of Irish descent. Her mother was an accountant while her father was a contractor, by profession.

38 years old gorgeous actress, Michaela Conlin is still single. She has not found her prince charming yet. Conlin is mostly been highlighted due to her professional career rather than her personal life. She has revealed very little information about her private life.

Talented actress, Michaela Conlin is currently portraying the role of Angela Montenegro in crime comedy-drama series Bones. She is additionally busy in post-production work of the movie Baby, Baby, Baby.