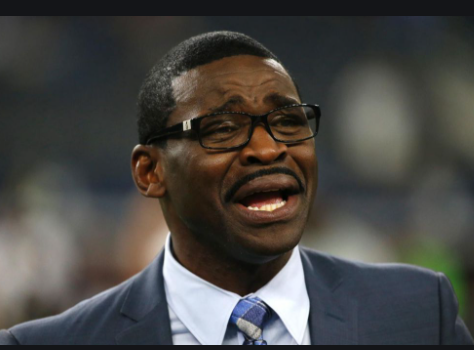 Michael Jerome Irvin is a former American football player for the Dallas Cowboys, and an actor. Beside that he is also a former broadcaster for ESPN’s Sunday NFL Countdown and currently an analyst for NFL Network. Irvin was self-nicknamed “The Playmaker” due to his penchant for making big plays in big games during his college and pro career. On according to current estimation about his net worth, his net worth has been stated to be around $15 million dollars. As being a former football player, he has played college football at the University of Miami. In 2007, he was selected to the Pro Football Hall of Fame.

Born March 5, 1966 in Fort Lauderdale, Florida, he played the position of wide receiver for the Dallas Cowboys beginning in 1988, following a stellar college football career with the Miami Hurricanes. Together with quarterback Troy Aikman and running back Emmitt Smith, Irvin recharged what had been a struggling franchise (Dallas Cowboys) into a three-time Super Bowl winner during the span of four years during the early 1990s. Irvin is noted as one of the most charismatic and talented receivers in NFL history and over the course of his 12-year career he finished with 750 receptions for 11,904 yards and 65 touchdowns. His 47 100-yard receiving games remains the third most in NFL history, behind Hall of Famers Jerry Rice (with 65) and Don Maynard (with 50). He was also selected to five Pro Bowls and named MVP of the 1992 Pro Bowl. Irvin was inducted into the Miami Sports Hall of Fame in 2000. His other honors include being inducted into the Dallas Cowboys Ring of Honor in 2005, along with Troy Aikman and Emmitt Smith. In 2007, Irvin was inducted into the Professional Football Hall of Fame and was awarded his Hall of Fame ring at Texas Stadium during the halftime of the Dallas Cowboys/New England Patriots game that same year.