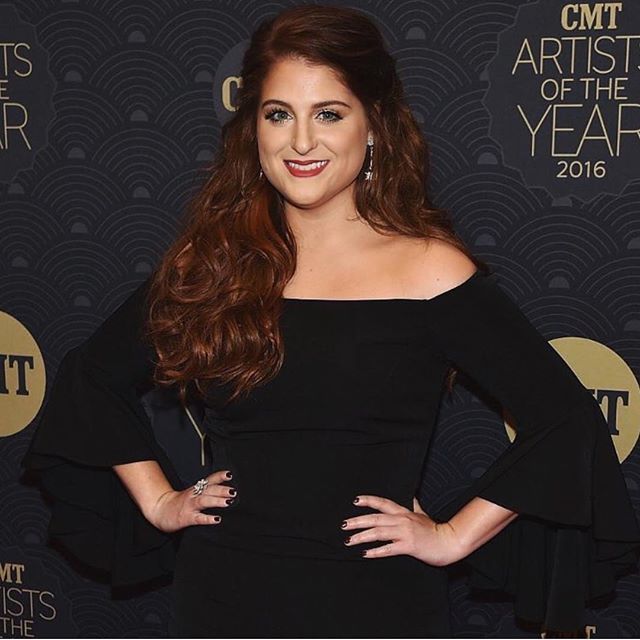 Meghan Trainor is in love and doesn’t hesitate to admit it to public. The American singer caught up with E! News about dating actor Daryl Sabara.

“Me Too” songstress is totally head over the heels for the guy. She has opened up about how their love story started.

In an interview after her performance at ‘We Can Survive’ concert, Trainor revealed that a popular actress played angel with her beau & that ultimately brought them closer to each other.

The 22-year old recording artist said ‘the end’ to the flurry of are-they or aren’t-they via an Instagram post a week ago. Simply, she wrote in a caption for a simple selfie of her & Sabara smiling together, “I love (heart sign) Madrid…and this guy.” Take a look at the love.

The public saw their romantic chemistry together when Trainor began posting Sabara’s pictures on her Instagram page last month. It was when rumors about their relationship began surfacing. More, the speculations began flooding the media, after she shared a photo featuring her and Sabara, both wearing unicorn onesies and captioned as: ‘We did it! we survived an entire tour without canceling any shows! Thank you @darylsabara for being so amazing.”

We did it! We survived an entire tour without canceling any shows! ❤️Thank you @darylsabara for being so amazing

Meghan's Instagram page is graced with the couple's adorable pics. Some are here.

Off to Spain ❤️

Daryl, 24, who’s best known for playing Juni Cortez in ‘Spy Kids’ film series and Trainor got to know more about one another when he joined her on the road at the time of her Untouchable Tour. And ahead of her performance at ‘We Can Survive’ concert, the songstress told E! News that having Daryl by her side during her tour was an experience that she will never forget.

Trainor said of her boyfriend, “He just chills with me everywhere. He’s amazing and makes me feel like a princess.”

Megan’s Untouchable Tour kicked off on 14th July in Nampa, Idaho and ended after 30 days on 25th September in Boston Massachusetts.

For more on the singer and actor’s perfectly matched chemistry with her new beau, check out the video above.