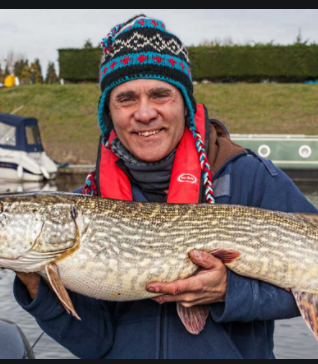 He was born on 24 November 1961, in Smethwick, United Kingdom. He has a degree in law from Wolverhampton University.

He hosted the show, Total Fishing with Matt Hayes, with Jan Porter.

He and Mick Brown have co-hosted several TV programmes like The Great Rod Race, The Greater Rod Race and Wet Nets.

He has also appeared in series,  24 Hour Rod Race and Mainstream, where he shows his skills as a master angler.

He has made over 200 TV shows and written three books about fishing. He has also written for many angling magazines.

He was also the face of the game, Matt Hayes Fishing which was made by EA.

He is married to Anne-Marit Winsnes and shares a son and a daughter with her.

Matt’s wife also shares the same passion for work as he does.

Backed by his work on TV and a few books, the master angler has accumulated a net worth of $11 million.