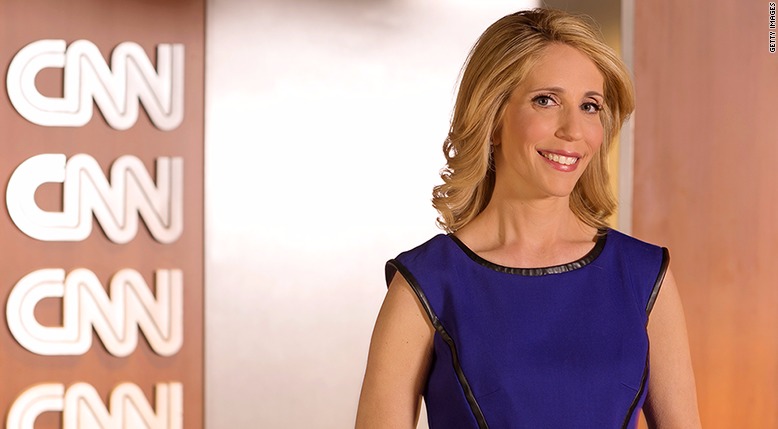 Dana Bash, twice married and divorced, is moving on with her new-found love. The confident anchor perhaps receives a good salary from CNN and is living a husband-less life.

The award-winning political correspondent’s two marriages and divorces followed by a new love life reveal a quite interesting story. Seemingly, two broken marital relationships couldn’t break her as she still stands strong, focusing on her own life.

Currently, 45-years-old mother of one, Dana is in a relationship with actor Spencer Garrett. The couple, who are often spotted together at red carpet events, began dating in 2013.

Within the completed three years, their bonding seems to have become even stronger. Let’s hope that we’ll get to see them tied in a conjugal bond soon.

Firstly, she tied the knot with Beacon Global Strategies LLC’s Managing Director, Jeremy Bash, on September 6, 1998. The lavish celebration was held in Washington at the National Museum of Women in Arts. There was one thing in common between the loving couple i.e. their Jewish faith.

Everything went well for several years until something rusted their trust leading them to divorce in 2007. Still, the reason behind their separation is not unveiled.

However, they still share a friendly relationship. Dana stated publicly that her Jewish identity and knowledge grew by being married to him.

After nearly a year of the first divorce, she went on to tie the knot with her one of the members of the CNN family, John King. Born and raised in a Roman-Catholic faith, he turned Jewish after being married to her.

Well, are you curious enough to see their chemistry? Here is the pic. So sad, this lovely chemistry now only exists in the picture.

Their blissful paradise was delighted even more by the birth of their first baby, a son named Johan King in 2011. Unfortunately, their blossomed love faded when the couple called off their marriage in 2012.

It was the second time Dana failed to prolong her conjugal life. The suspicious reason for their divorce was the alleged link of John with an another woman from CNN.

Though it’s already been a few years they parted their ways, they are still walking aside each other on the professional path.

For her entire career, which started in1993 right after college graduation, Bash has worked for CNN. She began her journey as a library assistant in CNN’S Washington D.C. bureau.

Her career profile on CNN reveals that she also served as an editor in the bureau and also as a producer of public affairs shows of the network. She is known to cover Congress since 2006.

The gorgeous persona has extensively experienced in covering presidential campaigns beginning in 2000. Additionally, she was also part of CNN team to win Peabody Award for 2008 election coverage.

Established as an Influential CNN Persona

Praising her as being a part of CNN’s success, CNN’s heads promoted her to a chief political correspondent in August 2015 and said “Over the last 20 years, there are few people at CNN who have worked harder or done more for this news organization than Dana Bash. She is tireless, fearless, and 100 percent committed to outstanding journalism.”

One of the greatest CNN anchors, Dana still hasn’t revealed the numerical data of her net worth and salary. Been through two marriages and two divorces, Dana Bash has never given up on her life and is standing bold.