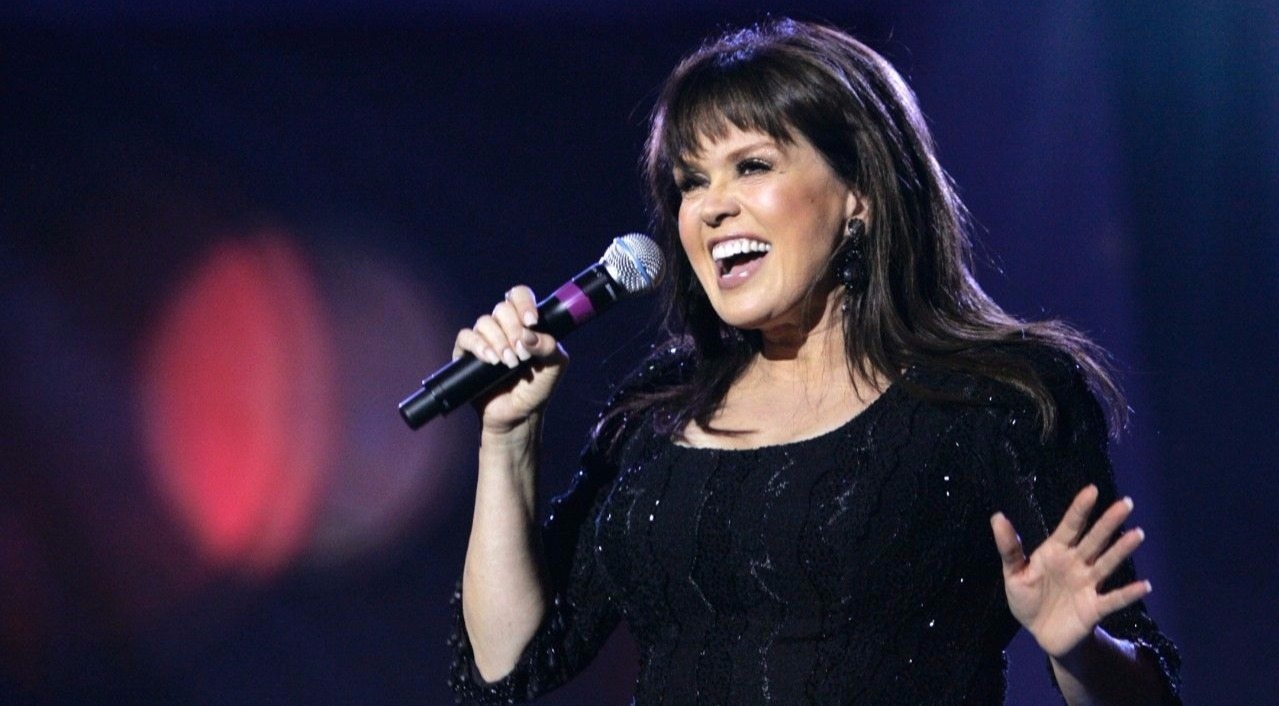 Marie Osmond is a versatile artist, a celebrated name in the American entertainment industry. Widely recognized as a singer, Marie also came to fame as an actress and a doll designer. In addition, she is a member of her family music group, The Osmonds.

Marie Osmond, the second youngest of The Osmond Family

Marie Osmond was born on 13 October 1959 in Ogden, Utah, to her late parents, Olive May (née Davis) and George Virl Osmond, the founders of The Osmonds. Osmond holds an American nationality and comes from a white ethnic background.

Marie is the eighth child and the only daughter out of nine children born to her parents. Her elder brothers are Virl, Tom, Alan, Wayne, Merrill, Jay and Donny, and her younger brother is Jimmy.

Apart from Marie’s two eldest brothers, Virl and Tom were born with hearing impairment. Marie became the only child of the family not involved in the music business from an early age. Only in the 70s that she begins her music career after watching her brother Donny rise as a teen idol.

The music career of Marie Osmond

Marie Osmond appeared with The Osmonds in their concert in the initial years of her singing career. And Later, Marie quickly received attention from the audience because of her contrasting singing style. Her brothers worked with pop music, while she was most inclined toward country music. However, she later ventured into pop music.

Marie debuted as a solo artist in 1973 by releasing the cover of the 1960-released popular song Paper Roses.  She released her debut solo album of the same name the same year. Both the single and the album peaked at the #1 country hit. She made her comeback in 2010 with I Can Do This. Her 2016 album Music Is Medicine propelled her into high popularity.

A dynamic icon, Marie Osmond married her first husband, Stephen Lyle Craig. Furthermore, she later married Brian Blosil from 1986 to 2007. However, she recently got back together with Stephen in 2011.

Moreover, she is a mother of seven children, three of which are biological children (the eldest son born with her first husband and a son & daughter born to the second husband) and four adopted. One of her five adopted kids, one son, committed suicide in 2010.

Marie looked youthful and wrinkle-free even in these age-fueled plastic surgery rumors. There have been claims of her undergoing Botox, Juvederm, facelift, breast reduction and several other procedures.

More to her anti-aging treatments, people noticed unprecedented changes in her lips. Perhaps, she had undergone lips done. She before and after pictures evidence the changes.