Skip to content
Home » News » Lyssa Chapman has a new girlfriend! Here’s who the former bounty hunter is dating now 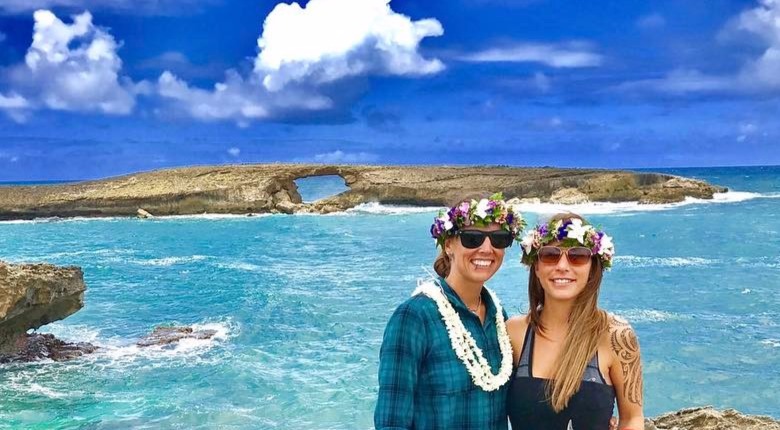 Lyssa Chapman, daughter of Dog the Bounty Hunter star Duane Chapman, & girlfriend Lieana are living the high life! Their Instagram photos, where Lyssa has referred to her girlfriend as a soul mate and the love of her life, prove it.

Lyssa has not played shy about revealing her relationship status. She posted a photo of her kissing her girlfriend on May 10, 2017, and didn’t hold back on the lovey-dovey hashtags.

“Missing my #wce like crazy! Love you baby,” wrote the former bounty hunter in the caption. Crazy to think that she was once married to a man!

And coincidentally, Lyssa shares her birthday with Leiana. They celebrated their first birthday together in 2017, and Lyssa shared the awesome news with her followers on Instagram.

She posted the cutest photo of them together at Laie Point, and her caption was a sweet message to her lovely girlfriend. “….I’m so in love and have never felt so loved. I have prayed and searched for this ❤️ you have changed me and my life forever & every day I’m with you is a blessing…,” wrote Chapman.

Married to a man previously

Before dating girls, Chapman was married to a guy!  She tied the knot with Brahman “Bo” Galanti on February 20, 2009, in Oahu, Hawaii.

The marriage ended in divorce in February 2011. Chapman has a child with her ex-husband. She also has a daughter from a previous relationship.

The contentment that we acquire after many hardships and cravings for happiness cannot be described in words. Chapman had experienced such dreadful phases in her life that our heart sinks every time we remember Lyssa’s early life.

From bad parenthood to hanging out with the wrong crowd, Lyssa states that the bond that she shares with Lieana is what she has been praying and searching for.

Inside Lyssa Chapman’s troublesome life. What led her to get arrested?

That has also been very motivating for her, as from the bad experiences, Lyssa has established Proper Choice Inc., a nonprofit organization to educate people about teenage pregnancy.

Now that Chapman has accomplished everything in life, we wish for Lyssa’s constant happiness. Hopefully, she gets happiness in this new phase of life with her lesbian partner, Leiana.