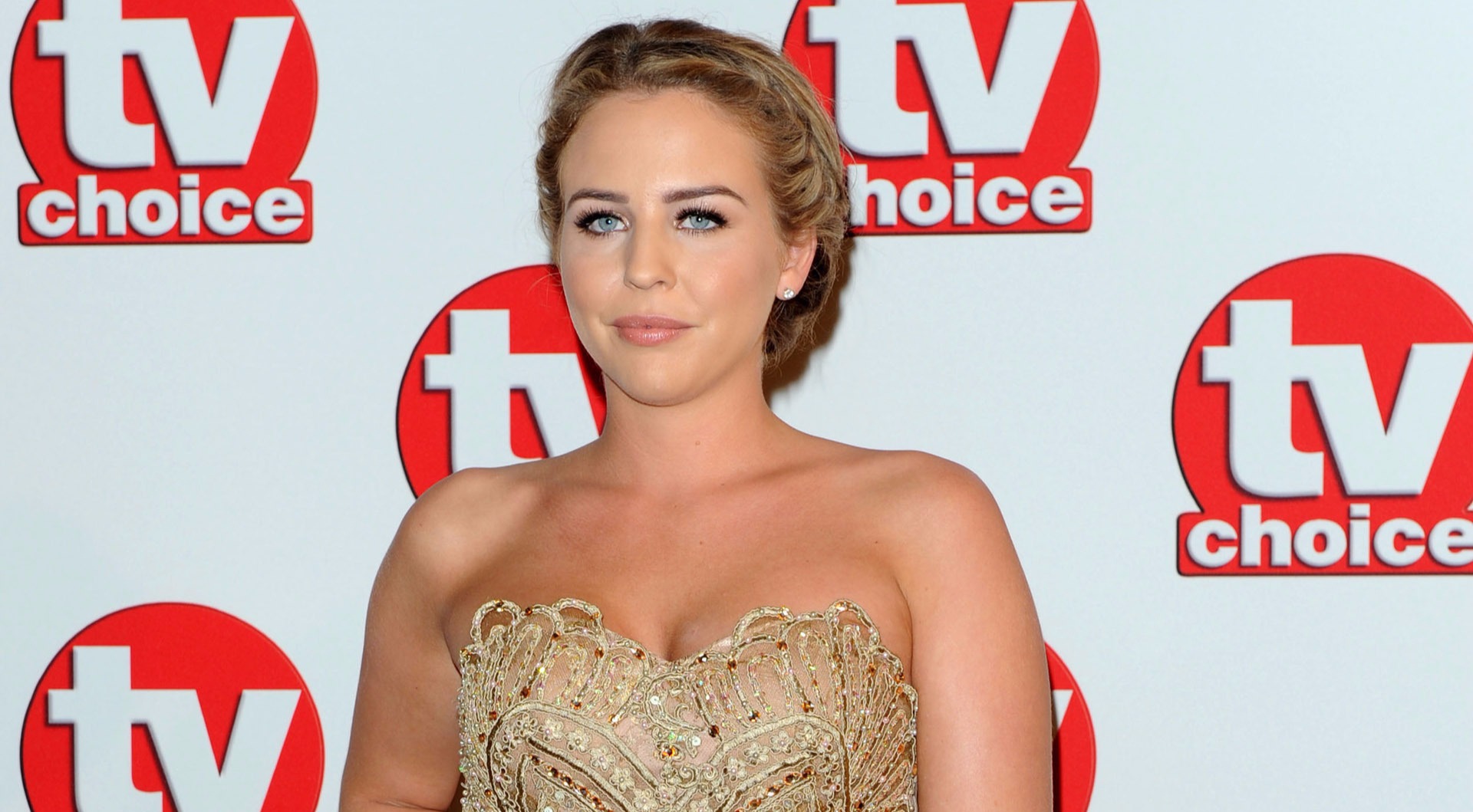 The Only Way Is Essex star Lydia Bright has just given us a sneak peek of her new boyfriend. She recently posted a picture on Instagram kissing the mystery man with the caption “Happy birthday my [love].” Lydia had previously told she was dating but kept the identity of the man to herself. Seems like she is taking one step at a time.

Lydia is finally over James ‘Arg’ Argent, her on and off boyfriend of the past eight years, who is also her co-star from the show TOWIE.

She had mentioned in her interviews in the recent past that she has met somebody new. However, she refused to share the details of new found love. It was her boyfriend’s 31st birthday on Sunday when she posted a lovely picture of them kissing. 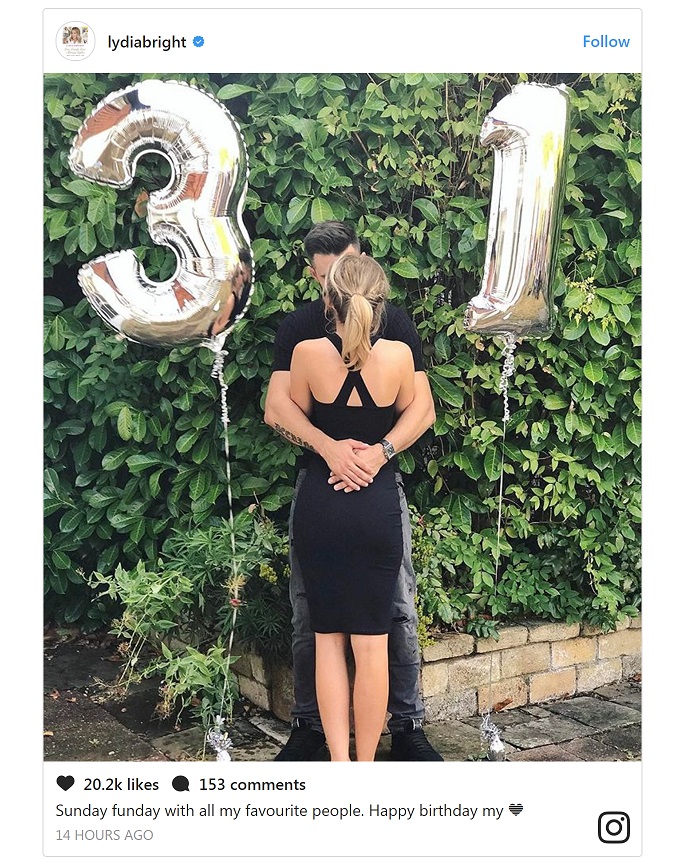 Lydia was wearing a figure-hugging black dress while the man wore a matching shirt and faded jeans. The two were indulged in a tight hug and though it is not sure they were kissing, the reflection from the birthday balloon shows they were. Her 859K followers finally got a glimpse of the hot TOWIE star’s latest love interest and are trying their best to guess his identity from his reflection.

The picture and her latest interviews have proved that she is not dwelling on the past anymore. She was involved in an on and off relationship with Arg for eight years. They first appeared together in the first season of the British reality show The Only Way is Essex. 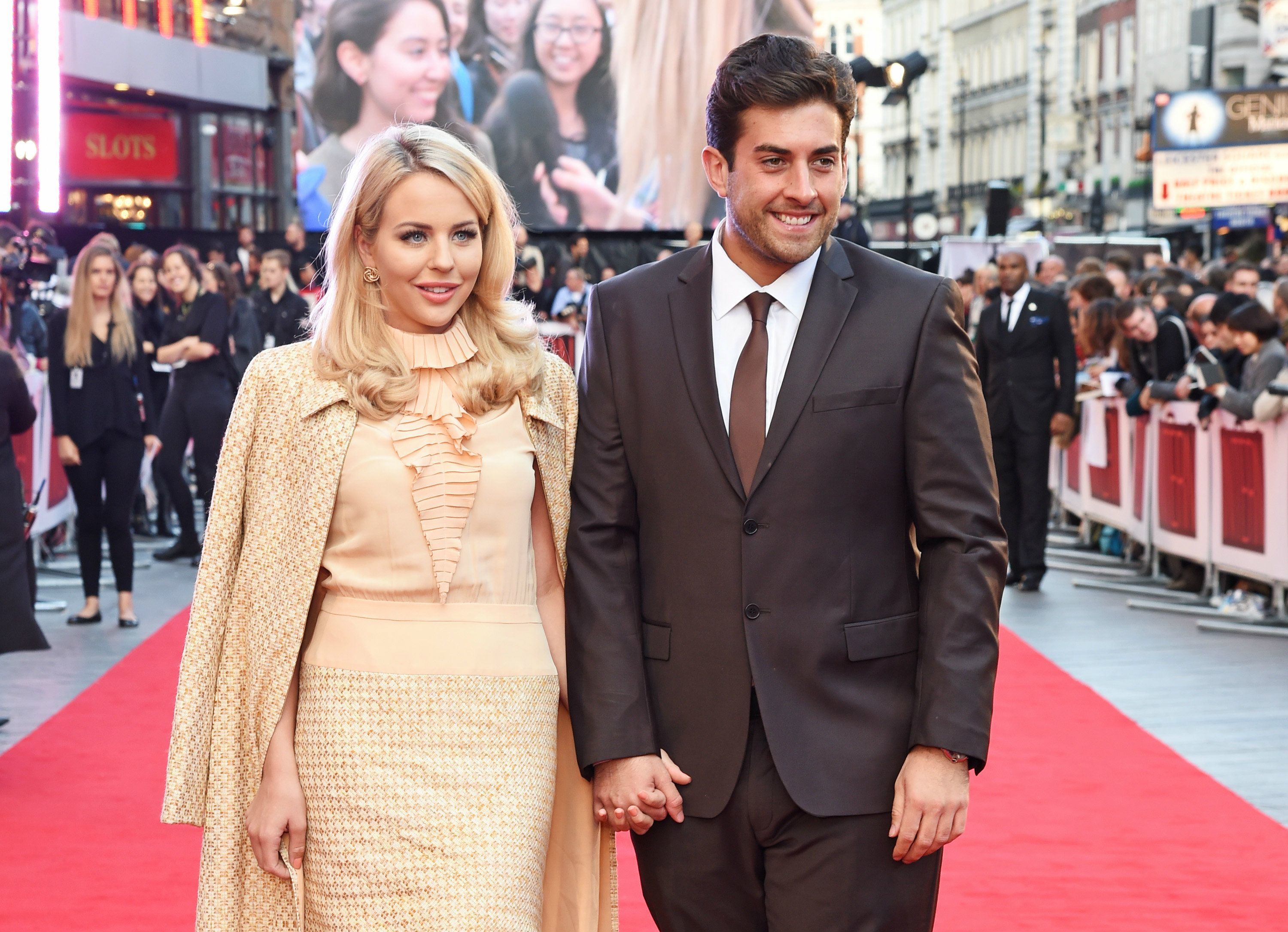 When asked about her relationship with Arg, Bright told the OK! Magazine, “Yes, me and James broke up in February 2016 so it’s been over a year now.” Following the break-up, James was addicted to Cocaine and spent 10 weeks at a rehab in Thailand.

It was announced that he would be returning to the show in 2017. On the contrary, Lydia is leaving the show and claims her decision to leave is not influenced by James’s return. She still thinks highly of James and told that she still sees James with the show after 50 seasons and together with Gemma.